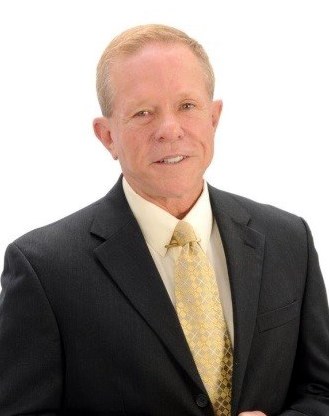 Dr. Kenneth Holder, 69, of Humble, Texas passed away Tuesday, January 22, 2019. Services will be held at 11:00 a.m., Saturday, February 2, 2019 at Holy Comforter Lutheran Church, 1901 Woodland Hills Dr., Kingwood, TX 77339. Kenneth Alan Holder was born in Clifton, Texas on May 2, 1949. His mother, Carol (Badger) was a nurse and his father, Wiseman was a physician. The family lived in Clifton and spent their summers in New Hampshire. His parents impressed upon him the importance of community and a healthy work ethic. He attended Clifton public schools and was recognized as a bright student. Education played a very important role in his life; his love of learning and his lifelong pursuit of knowledge sustained him. Ken met Matthew Johnson in 2003. They were immediately inseparable. They enjoyed each other’s company while attending their favorite plays, musicals, concerts & operas. Together, they appeared in several Houston Grand Opera productions. Matthew and Ken were both separately diagnosed with cancer and supported each other throughout their treatments and recoveries. They were married in Nashua, New Hampshire on October 11, 2012, in a joyous celebration, surrounded with close friends and family. Ken credited Matthew with the continued encouragement to pursue his studies, something he greatly cherished. Ken earned a bachelor's degree in political science from Rice University in Houston in 1971. He then followed in his father’s footsteps to work in the medical field. He said that he knew what it was like to feel pain, and he wanted to do what he could to relieve pain in others. He was accepted to one of the first classes at the University of Texas Medical School at Houston where his favorite teacher was Dr. Herbert Fred. After earning an MD in 1976, he worked at several medical treatment centers in the Houston area including Jefferson Davis Hospital, St. Joseph’s Hospital and Hermann Hospital, the same hospital where his parents had met. He had the opportunity to work with significant figures in the medical field such as Drs. Denton Cooley, James “Red” Duke and Joseph Lucci. Dr. Holder had a successful career in medicine and was on the anesthesia faculty at MD Anderson Cancer Center where he ultimately became Director of Acute Pain Service. He believed that healing is a complex process in which the body, mind and spirit, as well as relations to others contribute alongside the integration of knowledge and compassion. He authored articles on pain management techniques that have been cited by physicians from around the world. During the period when he was in medical school, Ken took some time off to become a flight attendant. He was one of the first four male flight attendants (called “hosts”) to work for Braniff Airlines. This job enabled him to travel, an activity he continued for the rest of his life. Over the years, he travelled to more than forty countries, including such diverse locations as Egypt, France, Denmark, Greece and Russia. His love of travel was directly connected to an appreciation of culture and history. Before traveling to a new country, he tried to learn the local language. He never missed an opportunity to learn more about the world. One of Dr. Holder’s great passions was music. He was greatly influenced by his piano teacher and mentor, Travis Bass, who instilled a passion for music in him at an early age. In college he was a member of the Marching Owl Band (“MOB”). He played organ at Atascocita Lutheran Church for many years and was part of the Doctor’s Orchestra of Houston as well as the Texas T-Bones all-trombone band. He was also the President of the Kingwood Pops Orchestra. He retired from medicine to study Music Education at the University of Houston. He worked as a substitute teacher. He particularly enjoyed playing the piano while his daughter Whitney sang. Dr. Holder was a proud Lutheran. He attended Holy Comforter Lutheran Church in Kingwood. When he was almost 60 years old, he began academic work in Theology at St. Mary’s Seminary at the University of St. Thomas in Houston. Upon receiving a Masters in Theological Studies, he became a PhD candidate at Brite Seminary at Texas Christian University (TCU) in Ft. Worth. His primary research interest was the treatment of marginalized communities throughout religious history. He found this research to be very rewarding, and wanted to share his knowledge with others. He lectured at several Lutheran churches, presented his research at academic conferences and worked as a teaching assistant at TCU. In October 2018, Brite issued a commendation in recognition to Dr. Holder for his work in the PhD program. Ken is survived by his partner Matthew Johnson of Humble; son Travis Holder and wife Paula of Houston; daughter Whitney Holder of Houston; mother of Whitney and Travis, Marilyn Holder of Chappell Hill; sister, Janet Outlaw and husband, Tim of Midland; sister Cindy Steiner and husband, Mark of Dallas, and mother and father-in-law, Linda & Gene Fuller of Missouri. Dr. Ken Holder was an unforgettable person. He loved lively discussions and spending time with loved ones. Ken’s path through life was inimitable: flight attendant, physician, musician, performer, teacher, and theologian. He used to say that if he were to write down his life story, nobody would believe it. Ken had an incredible work ethic, and while he accomplished so much, he always tried to use his skills for the benefit of others. His enthusiasm for life and thoughtful advice will be dearly missed. The family has designated the following for memorial contributions: Brite Divinity School TCU Box 298130 Ft Worth TX 76129 www.brite.edu (gift designation Other – Ken Holder) Human Rights Campaign International Federation of Red Cross, Red Crescent
See more See Less

In Memory Of Kenneth A Holder