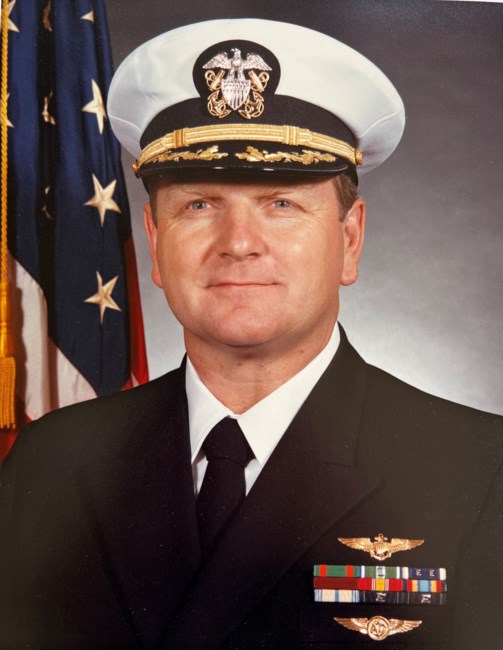 Ron was born December 22, 1945, to Walter J. Cosgrove and Vera E. Magill  Cosgrove.  He was raised in Cedar Rapids, Iowa, and graduated from Regis High School in 1963.

He then enlisted in the Navy and became an aircrewman - operating the sophisticated surveillance equipment on the P3s (an anti-submarine aircraft).  Upon completing his enlistment with the Navy, he returned to Cedar Rapids where he met and married his wife, Ellen I. Becker, in April of 1969.

Ron graduated from the University of Iowa and then applied to go back into the Navy where he completed flight training and became a pilot of the same plane (the P3) that he had flown on as a member of the aircrew during his enlistment.

He retired from active duty in 1979 but continued serving in the reserves, becoming a commanding officer of the VP-94 Crawfish Squadron in New Orleans, LA.  At this time he also began flying for the commercial airline Texas International/Continental.

Ron’s greatest joys in life have always been his family and friends.  He took his role of husband, father, grandfather, and friend very seriously and was an excellent example of what love and loyalty look like. He is going to be so greatly missed by all.

Private family services will happen at a later date.

In lieu of flowers, we ask for donations to be made to your favorite charity in honor of Ron.

In Memory Of Ronald Patrick Cosgrove