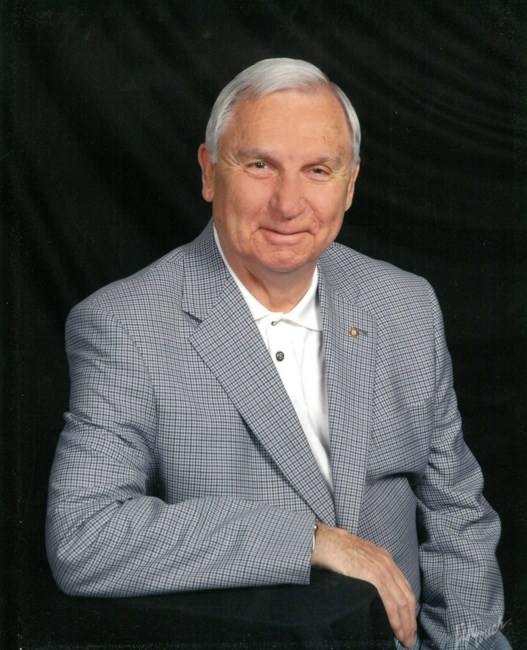 Passed away peacefully at Innisfree House on Saturday, January 23, 2021, at the age of 91. James was predeceased by his beloved wife Fern Emslie (née Steppler) of 68 years who passed away on December 24, 2019. Lovingly remembered by his children Steve Emslie and wife Danielle, Jim Emslie and wife Wonita, and Cindy Goodyear and husband Bernie. Predeceased by his son Michael Emslie. Grandpa to Alex Emslie, Nick Emslie, Ben Goodyear and wife Stephanie, Kenny Goodyear and his fiancé Helvi, James Emslie, Jr. and Reaghanne Emslie. Great grandpa to Charles and Henry Goodyear. Jim is predeceased by his father Charles Emslie and his mother Alice Jonas, stepfather Walter Jonas, brothers Malcolm Emslie and wife Audrey, Kenneth Emslie and John Emslie. Jim is survived by his sisters-in-law Emily Emslie and Pat Emslie, Betty-Anne Luft (née Steppler) and husband Dave and daughter-in-law Jackie. Predeceased by brother-in-law Jimmy Steppler and wife Heather and sister-in-law Joyce Nagel (née Steppler) and husband Ed. Jim served as a Paratrooper in the Princess Patricia's Canadian Light Infantry (PPCLI), and was a proud member of Royal Canadian Legion Branch #530 in Waterloo. Jim retired from J.M. Schneiders after 38 years of service. Cremation has taken place. A private time of remembrance, by invitation only, will be held by the immediate family. Interment and Celebration of Life to follow at Parkview Cemetery at a later date. A special thank you to all the staff at Trinity Village Retirement Home and Innisfree House for their outstanding care and compassion. In lieu of flowers, memorial donations would be appreciated to Innisfree House, 2375 Homer Watson Blvd., Kitchener, ON N2P 0E9 or to Trinity Village Care Centre, 2727 Kingsway Dr., Kitchener, ON N2C 2J8. Arrangements entrusted to Westmount Memorial Celebration Centre, Kitchener, (519-743-8900). Online condolences at www.westmountfuneralchapel.com
See more See Less

In Memory Of James David Emslie