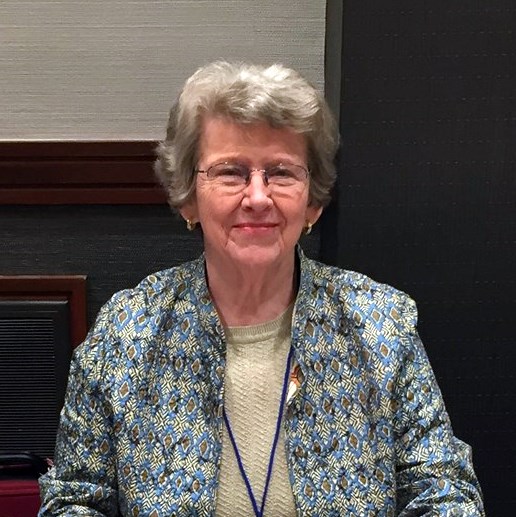 Carolynn Sue Lester Carey, of Huntington, WV, formerly of Knoxville and Jamestown, Tennessee, age 79, passed away on October 13, 2021. She was preceded in death by her parents, Hubert Beckham (Chauffeur) Lester and Iris Dayhuff Lester; her husband, Floyd Carey; her brother, Hubert Beckham(Dudge) Lester, Jr.; as well as nephews, Frank Harold Carey and Daryl Delk and niece, Lisa Delk. She is survived by daughter and son-in-law, Allison Carey and Walter Squire; grandson, Dashiell Carey-Squire; sisters, Anna Lorene Delk and Mayrelou Lester Stamps, and many dear nieces and nephews: Donita Anderson, Donna Carey, Mike Delk, Glenda Delk, Marsha Delk, Judy Evans, Vickie Kennedy, Hubert Lester, Scott Lester, Monica Lester, Jessica Lester, Tara Linehart, Gretchen Stamps, Vanessa Young, and adopted niece, Micki McDonald. Sue was born on June 5, 1942, in Jamestown, and graduated from York Institute in 1960. She moved to Knoxville to attend the University of Tennessee, where she earned her bachelor’s degree in 1964. She worked at the University of Tennessee from 1964 until her retirement in 2007, first in Publications and later in the College of Education. She earned her master’s in English education from UT in 1976. Sue published her first novel when she was 63 years old, and she went on to publish nearly 25 romance novels, many of them award winners. Sue enjoyed spending time with family, reading, working on her novels, and doing needlework: she was talented in tatting, knitting and crochet, and sewing. She enjoyed finding new shows to binge-watch. She loved "Ted Lasso" and insisted on getting her daughter hooked on it too. In recent months, she enjoyed overseeing the renovation of her future home in Huntington, WV, where she had planned to spend a long life with her beloved grandson, Dash, and her daughter and son-in-law. Sue was loved by so many and will be greatly missed. A Celebration of Life will be held on Saturday, October 23, 2021, at Berry Lynnhurst Funeral Home, Knoxville, Tennessee. The family will receive friends at 10am, followed by a service at 11:30am, then inurnment at Greenwood Cemetery after service. In lieu of flowers, donations can be made to the Fentress County Food Pantry, 511 Fairgrounds Road, Jamestown, TN, 38556, or Hospice of Huntington, P.O. Box 464, Huntington, WV, 25709.