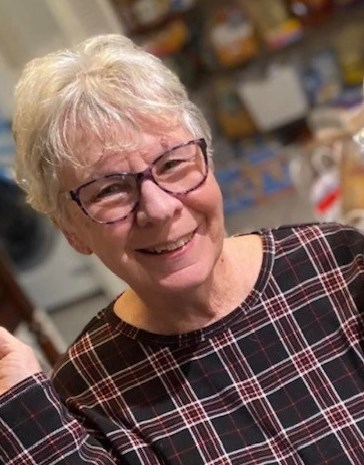 Sharon Rose Wilson, AKA Crazy Grandmaw, was a caring mother, grandmother, sister, aunt, and friend. Sharon passed away on December 28, 2022 at the age of 71 after complications during her courageous battle with cancer. When people reflect on the memories of Sharon normally four things come to mind: she’s family, jingle bells, softball fields, or Bigfoot! Sharon was born in Cincinnati,Ohio on April,10, 1951 to Earl and Mary (Sylvia) Berning. Sharon grew up and graduated high school in Kentucky then later moved to Tennessee to raise her family. She was excited to finally retire and moved to Jacksonville, Florida where she enjoyed spending time with her two grandchildren. Sharon was predeceased by her brothers, Army Corporal Robert Berning and Thomas Berning; her father, Earl Berning; and her mother, Mary (Sylvia) Berning. Sharon is survived and missed by her children, Jackie (Liahna) Wilson and Kellie (Mark) Macaulay. Forever cherished and remembered by her two grandchildren, Ally and Sammy Macaulay. Friends and Family will gather at Berry Lynnhurst Funeral Home, 2300 Adair Drive, Knoxville, TN 37918, on Saturday January 28, 2023, from 5:00pm-7:00pm. Funeral will be held at a later date in Kentucky. In lieu of flowers, the family request donations be made to support her granddaughter’s fight for cancer thru her go fund me: Striking-Out Cancer for Sammy Mac # 6. At the request of the family-anyone who is currently sick at the time of the event are encouraged to stay home. Fond memories and expressions of sympathy may be shared at www.berrylynnhurst.com for the Wilson family.
See more See Less

In Memory Of Sharon Rose Wilson