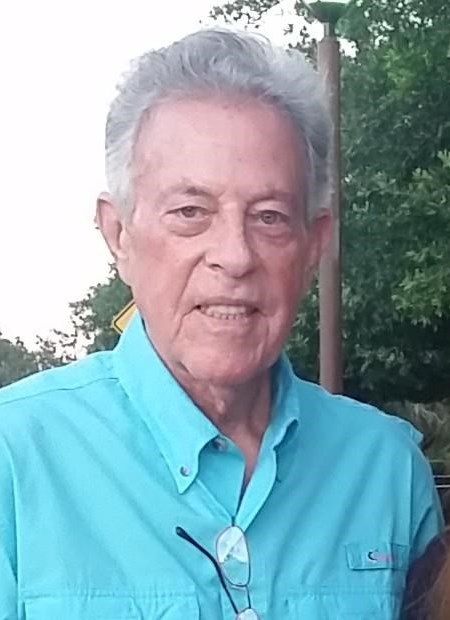 Harlingen - Louis Malcolm Ikerd was born in Gonzales, Louisiana to Walter Malcolm Ikerd and Lucy Martin Ikerd on August 15, 1939. After high school, he enlisted in the Marine Corps. Following Louis's service to his country, he worked many years with Furlow-Laughlin Equipment Co. and later, General Leasing in Baton Rouge. Louis loved being a salesman and loved being outdoors, hunting or fishing. In 1978, he married Diana Borgman and together they raised two daughters, Sheri Lucy and Tammy Lynn. In 1982, they moved to Harlingen, Texas to work with family at Borgman Equipment Co. in LaFeria, Tx. In 1985, he went to work with Clark Forklift and worked there until he retired in 2001. Louis's retirement years were first filled with spending time with his granddaughters, Kayla Gene and Shelby Lynn Leftwich. They spent many summers creating adventures, but always ending the day at the swimming pool. He was blessed with a grandson, Zachary Lee, in 2009 and he was able to take him fishing and play endless games with cars and trucks. Zachary loved his Paw-Paw's stories and would always ask for more. Louis also volunteered as a Pastoral Care volunteer with Valley Baptist Medical Center for many years. His love for God led him to serve in different capacities at his church, First Baptist, including deacon chair, hurricane mission trips, Vacation Bible School, Champs Camp, prayer warrior and others. Louis was a Barnabas, an encourager for everyone around him. He is preceded in death by his parents, Walter Malcolm and Lucy Ikerd; his brother, G. W. Ikerd; sister, JoAnn Ikerd; brother-in-law Jerry Dyess; and his daughter, Sheri Lucy Ikerd. He is survived by his wife of 44 years, Diana Ikerd; daughter Tammy (Matt) Hunter; sister Kathleen Ikerd Dyess; granddaughters, Kayla Leftwich and Shelby Leftwich; grandson Zachary Hunter; and numerous nieces and nephews. A celebration of life will be held Saturday, August 13, 2022, at 2 p.m. in the Dining Hall of First Baptist Church, 5th and Van Buren, Harlingen, Tx. In lieu of flowers donations can be made to Tunnels2Towers.org or your favorite charity. Fond memories and expressions of sympathy may be shared at www.heavenlygracergv.com for the IKERD family.
See more See Less

In Memory Of Louis Malcolm Ikerd