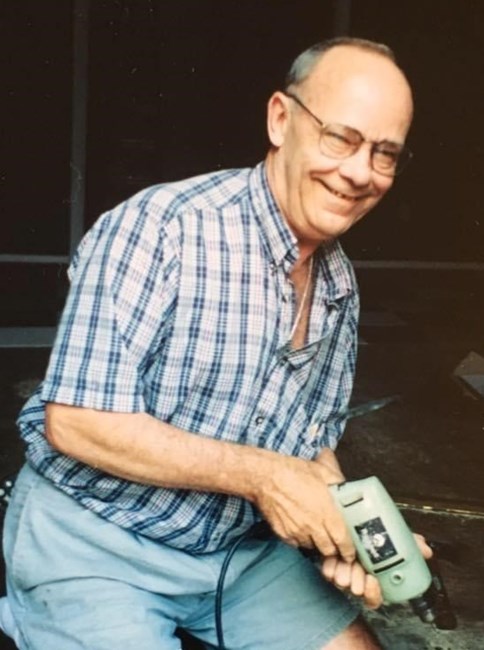 James "Jim" Andrew Kamer 82, of LaGrange, passed away on Sunday, February 14, 2021. He was a member of Immaculate Conception Catholic Church and former owner of Kincaid Hardware and in his later years he was a handyman. Jim was a United States Army Veteran and an avid University of Kentucky and NASCAR Fan. Preceding him in death was his wife of 44 years, Christie Kamer; parents, Henry Sr. and Roberta Kamer; siblings, Henry Kamer Jr. and Robert Kamer. Survivors include his daughters, Tina Neff and Christie McCormick (Chad); siblings, Thomas Kamer (Francie), Joann Caldwell (Jim), Theresa Hancock (Kenny), Charles Kamer (Teresa) and Sue McCarley (Ray); grandchildren, Andrew Owsley, Sydney Neff, Sean McCormick and Justin McCormick and sister-in-law, Barbara Kamer. A Funeral Mass will be conducted at 2 PM Friday, February 19, 2021, at Immaculate Conception Catholic Church with burial to follow in Valley of Rest Cemetery. Visitation from 11 AM Friday until service time at Heady-Radcliffe Funeral Home.
See more See Less