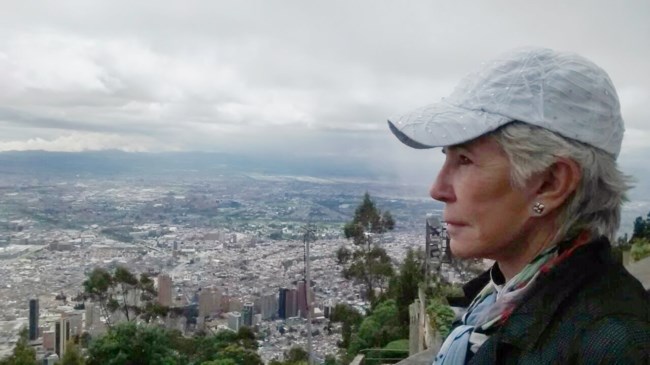 Barbara Alethea Barrett Yule born on December 7, 1944, passed from this life, peacefully, on Saturday, April 4, 2020, in Austin, TX. Born to Lawrence and Edna Barrett in Rochester, Minnesota, she spent her childhood in Owatonna, a town south of Minneapolis. Barbara was the oldest of three: Barbara, Mary, and William (Bill). After graduating from Marion High School in 1962, Barbara attended College of St. Catherine in St. Paul, Mankato State University and San Antonio College. It was this time in Mankato that ignited an interest in journalism as she worked with the Mankato Free Press. In 1964 Barbara married Douglas Robert Yule, and they had two children. Tyrone (Chris) Douglas Yule & Justin Barrett Yule. Chris was born while Doug was stationed in Brindisi, Italy, with the US Airforce in 1967. Justin was born in Houston, TX, in 1971, where they had moved after Doug’s military service ended. They later settled in Austin, where they raised the boys. Throughout her life, Barbara wore many hats, not the least of which were her time as a deputy editor with the Austin American Statesman, where she wrote a column called Close Calls and as the first woman managing editor at the Palm Beach Post in West Palm Beach, FL in 1984. Barbara was competitive, whether on the golf course, across the card table in a game of Gin, or “paying the bill.” In the late 1970s, Barbara even held the title of Texas Women’s Open Enduro Champion, a motorcycle racing competition. Just this year, Barbara helped celebrate the 31st year of Travis Medical. A medical equipment company that she helped grow with her sons, into a leading provider of complex-medical equipment. In the early days, as with everything Barbara endeavored, she worked tirelessly at the company. She used her keen sense for business and problem solving to make Travis Medical one of those quintessential Austin businesses. Although she had “semi-retired,’ Barbara was a regular at the office, where her spirit, intelligence, witty humor, and undying support of the “underdog” will be missed by all. Barbara always looked forward to spending time with her sister, Mary, whether it was trips to Texas at Christmas, visiting family and friends or exploring new things. Barbara fiercely guarded her independence, but also enjoyed collecting memorable experiences with the great number of friends she met from her time living in Minnesota, Italy, Texas, Florida, and California. Everyone can agree Barbara’s ability to engage in thought-provoking conversation was extraordinary and will have a lasting effect on our lives for years to come. Barbara is preceded in death by her parents Lawrence (Biff) Barrett, Edna Barrett, and brother William Barrett. She is survived by her sister Mary Patricia Barrett of Minneapolis, MN, sister-in-law Marcia Barrett of Portland, OR, sons Chris (wife Kimberly) of Austin, TX, Justin (wife Jamee) of Austin, TX, grandchildren Geoffrey Michael Yule, Micaela Emily Barrett Yule, Lillian Audree Yule, Landon Forest Yule, nephew Thomas Barrett and niece Anne Barrett both of Oregon. She will be greatly missed. Arrangements for a celebration of life will be announced at a later date. The family requests in lieu of flowers, donations can be made in Barbara’s honor to TravisCares at www.TravisCares.org.
See more See Less