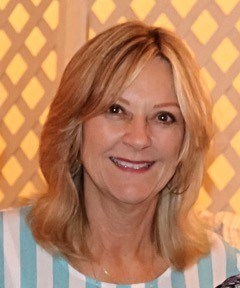 Carol Lee Hudson, 67, retired kindergarten teacher, died Sunday, March 29, 2020 at her home in Lakeway, Texas. She was born on Dec 12, 1952 in Brownsville, Texas to parents Stanley Spencer Hudson and Evelyn Ray (Hays) Hudson. She is survived by her sister Jo Anne Settles, her brother Stanley Hudson, niece Peggy Edge (Bruce), nephews Phillip Settles (Berenice), Preston Settles (Sarah) and great nephews Dillon and Jacob Edge and Charlie and Spencer Settles and David Hudson. Additional survivors are the many cousins with whom she grew up. She was preceded in death by her parents, stepfather Mike Sullivan, brother-in-law Billy Settles, and numerous aunts and uncles. Carol graduated from Brownsville High School in 1971 and from Stephen F. Austin State University in 1974 with a degree in elementary education. While in college, she encountered Early Childhood and Kindergarten models. Here is where she found her special calling. Carol taught kindergarten in the BISD schools, in Houston and, then spent 27 years at schools in Dhahran, Saudi Arabia for Aramco. Throughout her career she employed creative learning centers for young children to begin to comprehend concepts that laid the foundation for later learning of math, science, physics, art, sociology, geography, reading, poetry, cooking, and music – to name a few. Certainly not the traditional readin’, writin’, and ‘rithmetic. While she did not have her own children, she considered her well over 1,000 kinders as part of her family. The family clan was a major part of Carol’s life. The bevy of cousins – “the herd” we called them were the same as brothers and sisters and the aunts and uncles the same as parents. This crowd had several celebrations each year with each family hosting the group. These gatherings were her most special memories while she taught overseas. When she returned to the Austin area, she relished hosting them herself. She was the ultimate planner. While in Saudi during the Gulf War she helped establish support excursions into the desert to treat the troops to bar-b-que burgers and hot dogs. Another pleasure she facilitated was to host many soldiers in employee residences for a hot shower, home cooked meal, and a phone call to their hometowns. She was active in organizing the annual Consulate Marine Balls and Black & White Balls. She also served for over 20 years as a member of the Board of Directors and the Social Chairwoman for the American Business Association Eastern Province – Saudi Arabia. Carol also participated in the theater productions with the Camille Playhouse in Brownsville, planned events for friends and co-workers, and eagerly presented programs to various groups on aspects of Arabia and other cultural traditions. Besides cultivating friendships and planning events, Carol had two other loves: caring for the less fortunate and world-wide travel. She completed her goal of visiting every continent. Her favorite place on the planet was Antarctica – the ice and penguins were “mesmerizing.” When she returned stateside, she became an involved member of the Lakeway community through various organizations that had educational trips, appreciated fellowship, studied local flora and fauna, supported educational scholarships, and provided assistance to those in need. The family, on Carol’s behalf, wants to extend a special thank you to Texas Oncology-South Austin, Radiology team of St. David’s South Austin Medical Center, Texas Home Health, Company Players of Camille Playhouse, the many friends who helped with caregiving, and the many others who visited and offered support to her and us. Memorial services will be held at 2:00 p.m. on Saturday, August 8, 2020, at Weed-Corley-Fish Lake Travis Chapel.
See more See Less

In Memory Of Carol Lee Hudson