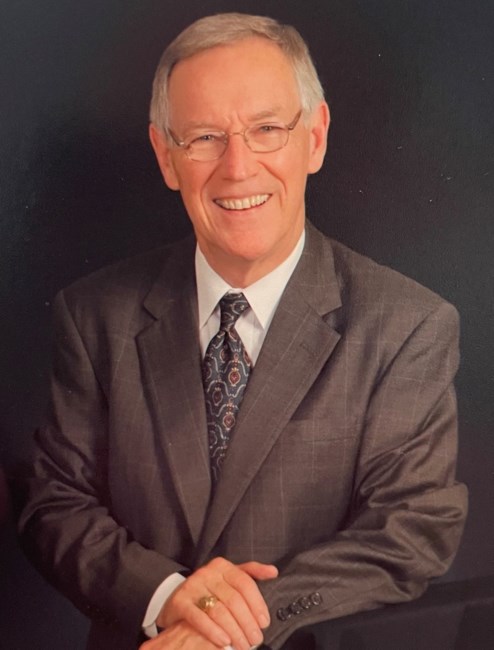 James William (Bill) Haley was born in Center, Texas, September 22, 1943, and died July 3, 2022, in Austin. Bill attended public schools in Center through his high school education. Following high school graduation, he completed a bachelor’s degree at his beloved Texas Christian University (TCU) and his teaching certification at Stephen F. Austin State University; he later earned an M.A. from Texas State University. Bill taught in public schools in Houston and Center for more than a dozen years before being elected to the Texas House of Representatives in 1978. While serving in the Texas House, Haley was instrumental in the enactment of the most sweeping reforms in the Texas education system since the 1949 Gilmer Aiken bill. His legislative initiatives included the curriculum reform of 1981 and the comprehensive education changes mandated in House Bill 72, passed in 1984. As chairman of the House Committee on Public Education in the 68th, 69th, and 70th Legislatures, he also served on the House committees on State Affairs and Financial Institutions. In 1988, Haley was elected to the Texas Senate, representing fifteen counties in deep East Texas. His communications with friends and fellow legislators were sprinkled with his abiding sense of humor as well as insightful knowledge. He was an unwavering supporter of education. Writer Molly Ivins dubbed him “East Texas Maverick” for his distinctive East Texas drawl and his tenacious pursuit of legislation he supported. Among Haley’s numerous honors include the Friend of Education Award given by the Texas Classroom Teachers Association, Champion of Education award given by the Texas Elementary Principals and Supervisors Association, as well as many other awards from educational, civic, and business groups. Bill was an active member of University Christian Church (UCC) in Austin where he served as elder, chairman of the board and in various other leadership roles. For twenty-three years, he enjoyed teaching the Seekers church school class. A loyal TCU Horned Frog, Bill was active in the Austin Alumni Board. He was a member of the Austin Regional Council, the National Alumni Board and on the executive board of the TCU College of Fine Arts Board of Visitors. Bill and Mary received the TCU Alumni Service Award in 2017. Bill and Mary were a devoted team. They had known each other since childhood, and their love for each other and their friends and family was apparent. Bill’s most treasured roles were those of husband, father and grandfather (Papa). He is survived by his wife Mary Russell Scriven Haley; son Jeffrey Russell Haley and wife Michele, grandsons William Russell Haley and Jonathan Michael Haley of Austin; and by son Robert Colin Haley and wife Lisa Marie Haley, grandchildren Andrew Christopher Haley, Ava Brooke Haley, and Alexis Giuliana Haley of Bertram, Texas; as well as brother Thomas Laurence Haley and wife Michelle of Henderson, Texas, and many nieces and nephews. He was preceded in death by his parents, father Eugene Wayne (Pete) Haley, Sr., mother Mary Elizabeth Miller Haley, and brother Eugene W. Haley, Jr. The Haley family would like to thank the caregivers at Arbor Terrace Lakeway and Magnolia Hospice for their tender, compassionate care of Bill. Caregivers there enjoyed Bill’s humor and his unique personality. They are deeply appreciated. Visitation for Bill will be held Monday, July 11, from 6:00-8:00 p.m. at Weed Corley Fish Funeral Home in Lakeway. Services will be held Tuesday, July 12, at 10:00 a.m., University Christian Church, 2007 University Avenue, Austin, Texas. Burial will follow at the Texas State Cemetery. Memorial contributions may be made to Haley Family Fund for Medicine and the Arts at TCU, Mary Scriven and James W. Haley Endowed Theatre Scholarship at TCU, or University Christian Church Organ Fund.
See more See Less