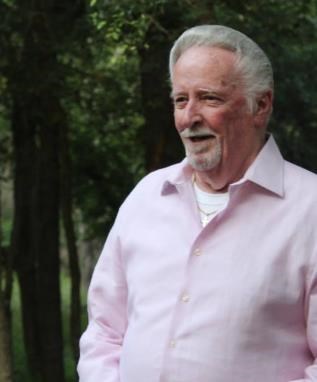 Richard Brown, born January 24, 1940, passed away to The Lord on September 7, 2022 at the age of 82. He passed away knowing he was very much loved and when he passed he would be going home. He was a hardworking man who devoted his life to Jesus Christ. He loved spending time with his family, studying the bible, and putting others before himself. He was an amazing contractor and went on to build The White Stone Church. Richard is survived by his children, Tammy, Ryan, and Randy and Bud who was like a son to him. His grandchildren, Shelley, Chad, Jennifer, Kohl, Chris, Amberleigh, and Taylor survive him. He had many great grandchildren who he loved greatly, Malachi, Asia, Emmy, Evie, Aylah, Joshua, Carter, Owen, Noah, Hailey, Ella and more. His great friends, Gil, Bob "Old Dude", Rodger, Willie, Walt, James and the Corbin family, and the members of the White Stone Church. He adopted 3 of his grandchildren, (Jennifer, Chad, and Shelley "McGoo") to give them a great life and did anything and everything for them. He greatly adored his grandson, Malachi who was a great little buddy and always tried to help him everyday. He has many achievements in life including working for the FBI, and other law enforcement agencies, serving in the Army during the Vietnam War, International Intelligence agency, and being a great contractor for most of his life. He will be dearly missed and we look forward to reuniting with him one day. The family will receive friends on Tuesday, September 20, 2022 form 6-8 PM at Weed-Corley-Fish Funeral Home in Lakeway. Funeral service will be held on Wednesday, September 21, 2022 at 11: 00 AM at White Stone Church, 4101 RR 620 North, Austin, Texas. Interment will follow at Hudson Bend Cemetery with Military Honors.
See more See Less

In Memory Of John Richard Brown