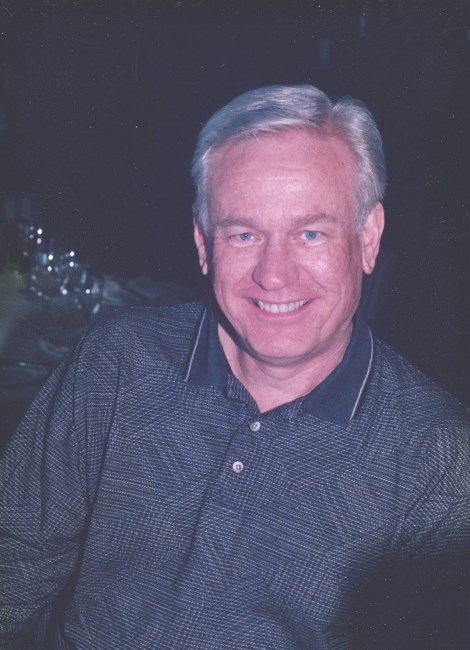 Paul Maxwell Hunter, 75, of Lakeway TX, passed away on July 27th, 2022 at Ascension Seton Hospital following a ten year battle with cancer. He is survived by his wife of 55 years, Mariruth Hunter, three sons; Bryan, Joel, Shawn, and a sister, Beth Walls. He is also survived by five grandchildren; Zachry, Maxwell, Alexander, Leo, and Scarlett. After graduation from high school in Elk City, Oklahoma, Paul graduated from the University of Oklahoma with a Bachelor of Arts in Psychology. He later graduated from the University of Denver with a Master of Science in Telecommunications. Having completed the ROTC at OU, he served in the Army in Germany from 1971 to 1975. Paul worked in the telecommunication industry in sales and management in both the hardware and software sides of the business, earning President’s Club awards virtually every year. Upon his “retirement,” Paul worked for seven years at Joseph A. Bank and Dillard’s in men’s clothing, enjoying his successful second career until this spring. A new hobby was created when the travel bug hit the couple during their years in Germany. Paul and Mariruth enjoyed extensive travel, both together and as a family, enjoying many adventures in 43 countries and 48 states. Even after travel became too difficult for Paul, they were able to reminisce with pictures taken throughout the years. There are so many memories to enjoy. The family is deeply grateful to Dr. Jason Melear for providing Paul with the outstanding care that allowed us ten more happy years with Paul. A memorial service will be held on Saturday, August 6th, at Weed Corley Fish Funeral Home in Lakeway from 3pm to 4pm.
See more See Less

In Memory Of Paul Hunter