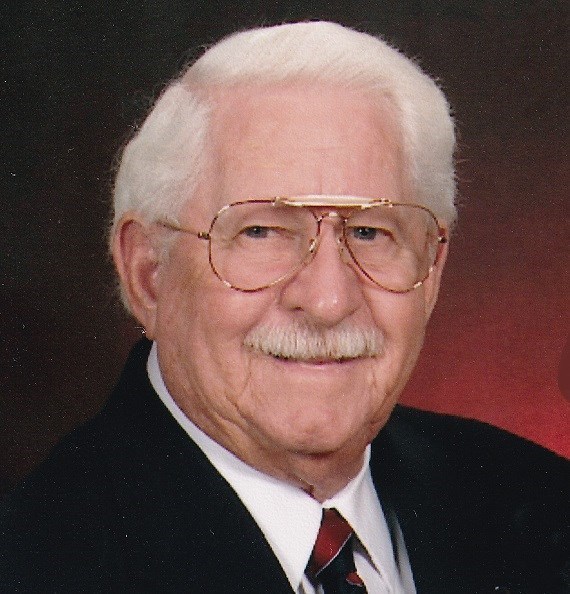 On Thursday, October 31, 2019, Samuel Harvey Baker of Lakeway, TX returned home to be with the Lord. Sam was born on June 30, 1932 in Aledo, TX. His parents, Rev. Samuel A. Baker and Mabel Fowler Baker, instilled in him a dedication to serving the Lord, his family, and his country. Following his service in the United States Army (4th Infantry Division, 4th Quartermaster Company), he and his wife of 40 years, Elizabeth “Betty” Jane Wilder Baker, raised three daughters – Lillian, Katherine, and Nancy – in Beaumont, TX. There, he served in the First United Methodist Church for over 2o years. Following Betty’s passing in 1993, Sam moved to Lakeway where he married Joanna “Jana” Carr Baker, who was preceded in death by her husband John Carr. Sam and Jana were married and lived in Lakeway for 21 years. They attended The Lakeway Church throughout their time in Lakeway, where Sam served as a Deacon in his continued dedication to the Lord. After moving to Lakeway, Sam’s lifelong passion for golf grew stronger as his abilities improved, managing to accomplish the feat of shooting his age at 77. Though his golfing abilities waned with age, his love for the game persevered. Always one to joke about his declining skills, he would likely joke now that he would be helping his playing partners more by no longer playing, than if he were still able to play. He was preceded in death by both Betty Jane Baker and Joanna Carr Baker. He leaves behind his three daughters, Lillian Baker Cochran (and husband, Rick), Katherine Baker Roy (and husband, Thomas), and Nancy Baker Jones (and husband, Curt). Sam will also be fondly remembered by his eight grandchildren – Braeden Baker Boudreaux, Fuller Cannon Blanchette (and wife, Kolbi), Terrill Gaston Boudreaux, Karolyn Elizabeth Blanchette Sexton (and husband, William), Madison Keller Boudreaux, Kennedy Elizabeth Boudreaux, Tanner Manfre Jones, and Austin Samuel Wilder Bates – and his Great Grandson, Baker Cannon Blanchette. Memorial Services for Sam will be held on Sunday, November 17, 2019 @ 3 p.m. in the Gardens at The Lakeway Church, 2203 Lakeway Blvd, Lakeway, Texas 78734. In lieu of flowers, memorial contributions may be made in Sam's name to the Lakeway Church, 2203 Lakeway Blvd., Lakeway, Texas 78734.
See more See Less

In Memory Of Samuel Harvey Baker