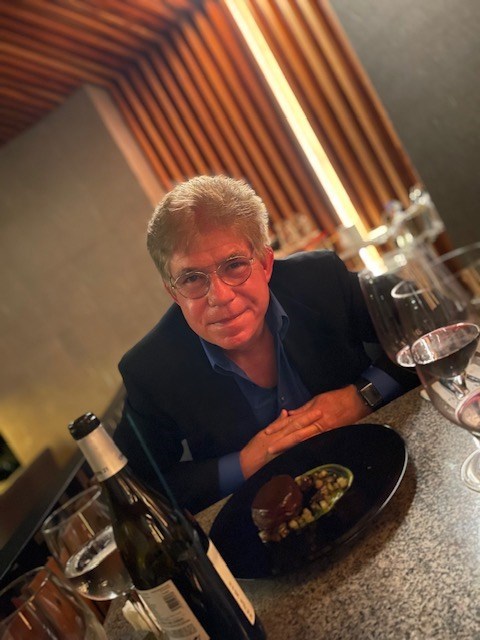 Scott R. Hayes, of Leander, TX has passed away unexpectantly after losing his battle with Covid on 8/18/21. Scott succeeded in just about everything he attempted. Some folks would say he had the Midas Touch, having the ability to make everything he worked on profitable either mentally, physically, or monetarily, but Covid proved to be too much for him. Scott was the son of Richard A. Hayes, previously deceased, and Barbara E. Hayes of Harrisburg, PA and was born in Denville, NJ. Scott grew up in Penfield, NY just outside of Rochester. He was an Eagle Scout and went on to attend SUNY Geneseo where he earned a degree in Business and Computer Science. Scott became a highly successful and respected businessman. He built his first company, DGI – Database Guys, Inc., with the help of his ex-wife Paula Guerrero. He sold it in 2003 but then started his second company, DBI, in 2005. During this time, he had huge corporate clients but was most proud of his work with the TSA, helping them improve security measures. DBI employed over two dozen people across the US. He sold DBI in 2018. With both companies he stayed on as a consultant. He was also an international speaker at the IDUG conferences and held webinars followed by thousands and viewed by millions around the world. He was an IBM Db2 Gold consultant, one of only fifty in the world, and one of just three IBM lifetime champions in the world. The Lifetime Champion Award is the highest honor bestowed by IBM to non-employees. Scott held a patent for his work, Patent #6772411, which revolutionized the way databases aggregate information in online customers' shopping carts and made websites run faster and more efficiently. He was a brilliant man. Scott loved life and lived BIG. He traveled the world for both business and pleasure, often traveling to Australia, New Zealand, and Europe. He had so many travel miles it was not beyond him to fly to Ireland just to get a Guinness if the mood struck or the points were expiring! He took many weekend getaways with friends and made friends wherever he went. Since his passing his family has heard from people who will miss him all over the world! Beside travel by plane, Scott owned a boat which he enjoyed for years on Lake Travis. He would take family out for the day to go tubing and swimming and always had a beer to share. He owned a classic Corvette of which he was very proud, and his Harley was also one of his fun pastimes. Scott belonged to the “Sons of Arthritis” motorcycle club and helped to plan the monthly routes. He recently joined the Central Texas Harley Owners Group but was not able to spend time with them before passing. Scott enjoyed running half marathons and went to many Hard Rock Marathons across the country. He ran in Phoenix, New Orleans, Philadelphia, and Las Vegas, just to name a few. Besides running, he and his ex-wife Janie Hayes enjoyed ballroom dancing as well. Scott loved to cook and was always inviting friends to share a meal with him, either at his place or a local restaurant. Most recently, bird watching had become a favorite activity, resurrected from years of watching the birds with his grandmother when he was a child. At the time of his passing, Scott was putting the finishing touches on an autobiography, the proceeds of which were going to go to a charity he had become passionate about this last year, Safe Austin and the Safe Alliance. The Safe Alliance exists to stop abuse for everyone by serving the survivors of child abuse, sexual assault, trafficking, and domestic violence. In addition to his mother, Scott is survived by his daughters, Brianna Hayes of Worcester, MA and Sarah Hayes of Round Rock, TX, his sisters, Cherie Pepperman, wife of Dennis Pepperman of Harrisburg, PA and Sandra Thompson, wife of Richard Thompson, of Cedar Park, TX, as well as nieces and nephews, Tom Saber, Kat Saber and Megan Saber, all of Harrisburg, PA and Annalise Thompson and Zachary Thompson, of Cedar Park, TX. He also leaves many extended family members and friends saddened and shocked at his passing. A celebration of his life will be held on Lake Travis once it is safe for large gatherings and travel to Texas. Please continue to watch his social media for postings of this event. In the interim, please consider making a memorial gift to Safe Austin to honor the life of Scott Hayes.
See more See Less

In Memory Of Scott Richard Hayes