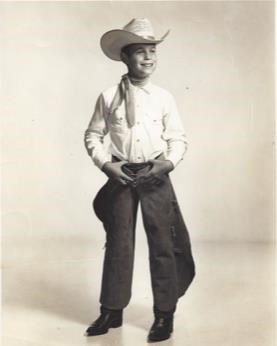 Bill was born in Houston Texas September 1, 1949 to Bill and Letha Webb. The family moved to Austin to have more time together. The family built a home and Webwood. Bill and his brothers, Winston and Gary helped run Webwood. Winston died too soon and the responsibility fell on Bill and Gary. Bill loved being around the horses and parties. Living out on City Park road brought out his love for nature and animals. Bill graduated from McCallum high school in 1969 and soon after ventured to The University of Arizona. After several years Bill decided to move back to Austin to open up Wild Bill’s bbq off west 35th street. Bill’s dad helped create original recipes and techniques for the menu. Bill loved meeting and befriending his customers. Notable names and regular Joe’s walked through the doors and were welcomed equally. Bill figured out how to send his food to Europe and throughout the US. Wild Bill’s had a very special feel….Bill loved his coworkers and together they created a unique experience…. He did not charge extra for leaving the restaurant smelling like bbq or his time for unsolicited conversation. Bill reinvented himself in the 90’s and was focused on community by giving himself as a advocate for sobriety. Bill never pushed his beliefs on anyone he just wanted to share his experiences and how life was better for him being sober and how hard consequences can be. Bill never had children but thought of his sister and nephew, Lane as his own.

I am his sister, Kimi Webb Kanetzky writing this and wanted to share my experience with him for others who may not know. Bill was 16 years older than me and was always in my life. As a small child Bill taught me how to draw a bee and airplanes via mail while he was in college. Once he moved back to Austin I saw him everyday unless he was fishing without me. During high school and college Bill was my sounding board for male advice because we lost our father in 1977.

Bill would not judge just discuss. Words I remember during the bbq days were, ‘Do as I say not as I do’ and gave examples of why for me to decide for myself. Mike and I have 3 girls that Bill was very involved with. Making sure they could fish, hunt and love nature. Bill supported their softball by going to games and cheering them on.

Bill was good about staying in touch with people he loved and loved to entertain.

Bill was a kidney recipient 7 years ago and was dedicated to keep on living and grateful for the kindness of the donor. There were struggles with his health and he would just push thru. Bill thought he could push thru this last time but his heart and kidney could not. Bill went peacefully and was ready to go and be with our brothers, sister and parents.

Please join us for a celebration of life on March 5th from 4:30 to 8:30 pm at the Oasis. Watch the sunset, sit down eating and celebrate Bill. Cash bar available

In Memory Of William Richey Webb