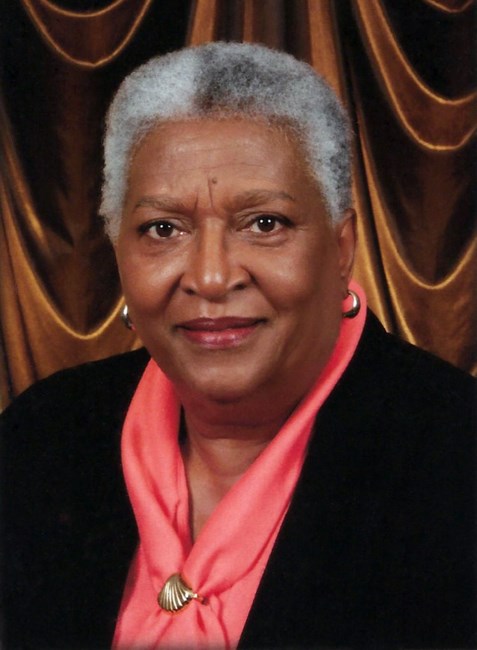 Elizabeth Stewart Gwinn, 91, of Las Vegas, NV, and Tuscaloosa, AL, died Wednesday, Jan. 18, 2023, surrounded by loved ones at home. Mrs. Gwinn was born in 1931 to Albert Stewart Jr. and Mary Frances Harris Stewart in Opelika, AL. She enjoyed growing up on farmland before she and her family left for the city life of Birmingham, AL. After graduating from high school and starting a life of her own, she met and married David L. Gwinn and moved to Tuscaloosa, AL. Mrs. Gwinn taught for 29 years in the Tuscaloosa County School System and was a devoted member of Hunter’s Chapel A.M.E. Zion Church. She shared her love of reading by spearheading an Alpha Kappa Alpha young-readers program that gave books to children and took them on trips to libraries. She also was a dedicated member of the Lucy Sheppard Art Federated Club. Survivors include four sons, Bernard Stewart, Las Vegas, NV; Bruce Stewart, Tuscaloosa, AL; Donald Gwinn, Mobile, AL; Eric Gwinn, Chicago, IL; a daughter, Edith Gwinn-Smith, South Holland, IL; three daughters-in-law, Alice Stewart, Las Vegas; Lois Gwinn, Mobile; and Lana Gwinn, Chicago; and a son-in-law, Kenneth L. Smith, South Holland; seven grandchildren; eight great-grandchildren; five nieces; a nephew; and a half-sister, Margaret Hodge, Leesburg, FL. In lieu of flowers, tax deductible donations honoring Elizabeth may be made to REGINALD B. STEWART SCHOLARSHIP FUND SCHOOL OF LAW BOSTON UNIVERSITY.
See more See Less

In Memory Of Elizabeth Stewart Gwinn