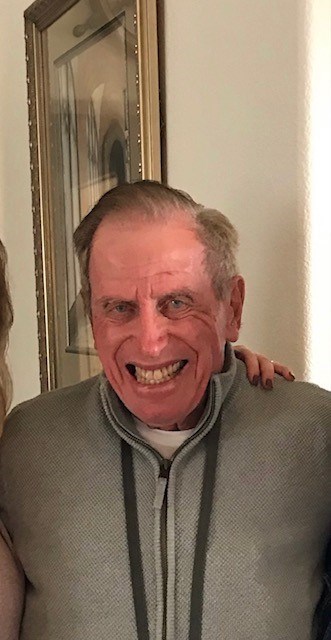 Samuel A. Orandle, 87, of Las Vegas passed away peacefully on August 5, 2021 at Nathan Adelson Hospice House. Sam was born September 14, 1933 in Baltimore, MD to the late Nathan Orandle and Eva Harrison Orandle. He was preceded in death by his brother David I. Orandle and his wife of 46 years Carolyn Abbott Orandle. Surviving are his two daughters Lauri B. Leight (George) of Baltimore, MD; Deborah L. Molesworth (John) of Frederick, MD; grandchildren Dustin A. Leight (Charlotte) of York, PA; Laura C. Molesworth of Seattle, WA; John S. Molesworth and Kelly B. Molesworth of Frederick, MD. Also surviving are his beloved fiancée Bonnie Fastow; her son Michael Fastow; grandson Justin Patterson (Justine) and great granddaughter Sherri; all of Las Vegas. During his early adult years, Sam was a proud pilot in the United States Air Force Reserves. After graduating from law school in Baltimore, he enjoyed a long career as an attorney for the United States Customs Service. From Baltimore, he moved to Crownsville, MD where he lived with his family for 25 years before retiring to Las Vegas. Sam was a lifetime master at Bridge, won many backgammon tournaments and enjoyed playing black jack. He was a proud member of the Post 21 Jewish war veterans group in Las Vegas. A private service will be held at the Southern Nevada Veterans Cemetery in Boulder City, NV. Fond memories and expressions of sympathy may be shared at www.palmcheyenne.com for the Orandle family.
See more See Less

In Memory Of Samuel A Orandle