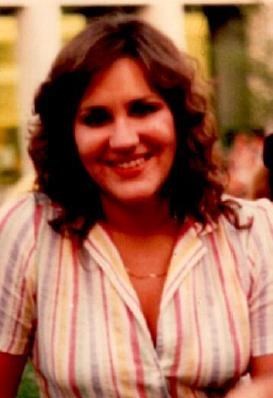 Lisa Jeanne Krechting of Marietta GA passed away on Sunday July 31, 2022 after a 3-year-long battle with cancer. She would have been 63 on her birthday, August 6, 2022. She was born in Orlando FL, second daughter to Joyce Traylor Krechting and the late Robert Edward Krechting. As a child, she moved with her family from Orlando to Knoxville TN then to Columbia TN and finally to Decatur GA, where she graduated from Columbia High School. Lisa then held a variety of jobs in sales and food service, often having as many as three employers at a time. These honed her natural people skills into a talent for customer service, which landed her a marketing position at a relatively new company, The Weather Channel. In her years at TWC she made many lifelong friends and saw a lot of the US while traveling for her job. When a change in ownership brought in corporate policies she disagreed with, Lisa negotiated a favorable exit package and left the company. This allowed her to purchase her home in the Covered Bridge Condo Complex in Marietta, GA, where she lived for the remainder of her life. Lisa made fast friends among her neighbors, many of whom were fellow dog owners. She collaborated with one of these neighbors to open a business which they named "Unleashed", a Dog Daycare and more. The business thrived, and Lisa finally had her dream job of caring for and loving many dogs as well as making new friends among her clients. When problems arose with her partner after several years, and he refused to allow her to buy him out, she made the heart breaking decision to close Unleashed for the safety of the dogs. Many of her customers continued to entrust her with the care of their pets in her home. She supplemented this income with a position as a lingerie fitter at Nordstrom’s, where she remained until she became ill. She maintained a positive attitude in fighting her illness and would not tolerate any pity or discouraging attitudes from others or herself. Her friends from all areas of her life from high school, her many jobs, her business and her neighbors provided amazing support, including transportation to all of her medical appointments, chemo sessions, and her stays in the hospital. They also helped with projects around her home when she was in remission after her first course of treatment. When the cancer came back, these same friends spent many nights in her home and made sure she had twenty-four hour coverage after she returned home from her last hospitalization. Throughout her illness, Lisa never complained, preferring to enjoy time with her family and her many friends. Lisa is survived by her mother Joyce, her two sisters, Kim Smith (Jonathan) and Lori Krechting Balenger. Seven nieces and nephews: Linda Forest Anglin (Mark), Alyssa Veith Palermo (Neal), Christopher Adam Balenger, Angela Smith Dye (James), Melissa Erleen Harlan (Brent), Kathryn Ann White (Jason), and Jonathan Michael Smith (Kelly). Sixteen great-nieces and nephews, Connor Scott, James Anglin, Stephen Anglin, Matthew Anglin, Jackson Neal Palermo, Kyla Rose Palermo, Jayden Greer, Raelynn Balenger, Elliana Grace Dye, Madelyn Faith Dye, Kamdyn Mae Ford, Adelaide Olivia Harlan, Lucas Flint Harlan, Eric Brix Harlan, Dylan Michael White, Austin Joseph White. A Celebration of Life for Lisa will be held on Saturday, August 6th at Advantage Funeral and Cremation Services, 500 Harbins Road, Lilburn GA 30047 at 2 PM, with refreshments and visiting after until 4 PM. In lieu of flowers, donations may be made to Lisa's favorite charity, Furkids Animal Rescue and Shelters www.furkids.org/donation.
See more See Less

In Memory Of Lisa Jeanne Krechting