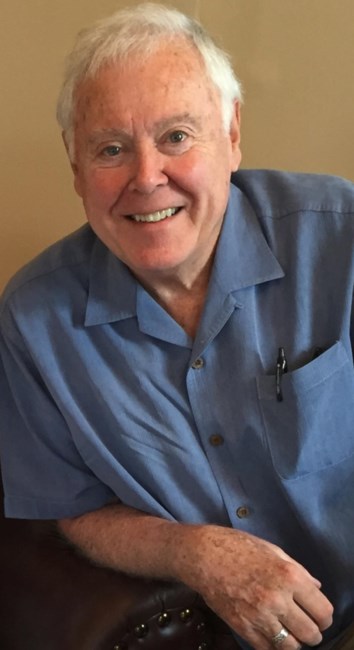 Marshall E Murdaugh, age 80, a native Richmonder who rose through the ranks of the world’s tourism industry to become one of its top destination marketing organization presidents and strategists, died Saturday June 26, 2021 after a long and courageous fight with Lewy Body dementia. He is survived by his beloved wife Vivian Frear and two sons, Reese D. Murdaugh of Richmond, Virginia (Tanya) and Marshall J. Murdaugh of Middletown, Delaware, three stepsons, Matthew House of Las Vegas, Nevada, Clayton House of Felton, Delaware and Joseph Frear of Magnolia, Delaware, and grandchildren, Tyler, Julia, Whitney, John, Joan and Jack. He was predeceased by his father, Marion Murdaugh and mother, Dorothy Mae Rosenbloom (Murdaugh). He also was predeceased by his Uncle Reese and Aunt “EZ” with whom he had a very special bond. Following graduation in 1963 with a BFA Degree from Richmond Professional Institute, (now Virginia Commonwealth University) Murdaugh held a number of Richmond area positions in the field of marketing communications. He was an original member of the production staff for WCVE-Public Television station; sports, weather and weekend news anchor at WTVR-CBS television affiliate; Public Information Officer for Henrico County Government, and Public Relations Manager for Industrial Markets at Reynolds Metals Company. At age 30, Murdaugh became the youngest state government tourism head in the United States when he was appointed State Tourism Commissioner for the Virginia State Travel Service (1970-83. He is credited with integrating the Virginia is for Lovers theme created by Martin and Woltz Inc. for state tourism advertising, into a fully consolidated brand tourism marketing program for Virginia that won national award recognition from America’s Travel Industry Association. During his tenure in Virginia, Murdaugh was a special consultant to the U.S. Department of Commerce and received the agency’s First Special Citation for contributions to the Development of America’s Visit USA Program for international travel marketing. He also served as Chairman of two major regional tourism organizations that marketed Virginia to the growing international visitor market: Travel South USA of the eleven southern states and the Washington, DC Mid-Atlantic States Travel Council. Murdaugh taught commercial recreation and tourism for seven years as a member of VCU’s Adjunct Faculty and also served as the President of the University’s Alumni Association. After serving Virginia Governors Holton, Godwin, Dalton and Robb, Murdaugh became President and CEO for some of America’s most successful convention and visitor bureau destination marketing organizations, including Memphis (1983-‘87), New York City (1988-‘93) and Atlantic City (1994-2000). He also served as board member for the tourism industry’s principal tourism associations, including the International Association of Convention and Visitor Bureaus, the Travel Industry Association of America and the Association of Travel Marketing Executives, which honored him with their Atlas Award for Lifetime Career Achievement. Since 2000, Murdaugh had been the principal of Marshall Murdaugh Marketing, providing strategic planning consulting services to more than one hundred travel destinations, including Los Angeles, Baltimore, the Palm Springs Desert Resorts Region of California, Mexico City, Acapulco, Miami, Hilton Head Island, Savannah, Puerto Rico, Myrtle Beach, Niagara Falls Canada, the Black Hills and Badlands of South Dakota, Nebraska and Maine. In 2012, he authored the book, Destination Marketing Insights, which became a major industry resource for tourism marketers, and was a frequent international lecturer and speaker for professional tourism conferences. Murdaugh was a national advocate for amateur sports and served as a member of the Board of Trustees of the United States Amateur Boxing Foundation. Marshall was an avid adventure traveler throughout his life and visited many distant destinations in Africa, India, Peru, Australia and South America. After retirement from his consultation services, Marshall and his wife Vivian continued their love of adventure travel to many European countries, New Zealand, China and their final adventure destination together in Sicily. Along the way, he made many new and long-lasting friendships. He had a passion for playing and viewing tennis and attended the U.S. Open in New York numerous times. He was an avid runner and ran several marathons. In his youth, he was a magician and loved to demonstrate his magical skills to entertain others throughout his life. Marshall and his wife moved from Richmond to their retirement home in Little River, SC in 2019. There he enjoyed serene times watching birds on the pond behind their home and napping with his cat, Sugar Ray. Marshall enjoyed spending special time visiting with his many close and dear friends in Memphis, Richmond, Lorton VA, Cinnaminson N.J. and West Virginia. He was an avid art collector and took great pleasure creating and painting colorful abstract and floral art designs. Marshall will be deeply missed by his wife, family, grandchildren and special friends. The family would like to extend their appreciation to MSA Hospice and ArchAngel home care for their tender and compassionate care for easing his final days. Services will be conducted at 12:00 noon on Friday, July 16, 2021 at Lee Funeral Home,11840 Highway 90, Little River, SC with burial to follow in North Myrtle Beach Memorial Gardens, Veterans Cemetery. The family will greet friends beginning at 11:00 a.m. prior to the service at the funeral home. Please share memories and condolences at www.leefhandcrematory.com.
See more See Less

In Memory Of Marshall E. Murdaugh