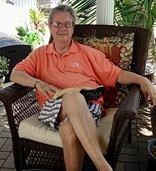 Michael T. Fitzgerald, Sr., 82, of Longs, South Carolina, formerly of Ashland and Stratford, New Jersey, passed away on September 8th, 2022. Michael was born on May 20th, 1940 and raised in Ashland, NJ. After graduating from Haddonfield High School, he volunteered and served his country in the US Navy. Upon returning in 1963, he met his future wife, Betty Ann Wadlinger, where a mutual attraction and love of dancing developed into a marriage of 55 years. Michael retired after 30 years work as a real estate appraiser. When not attending his own children’s sporting events, he dedicated much of his free time as a soccer coach, referee, and umpire, mentoring countless youths in the community. He was an elected Councilman in Stratford and an Exalted Ruler of the Cherry Hill Elks Club, BPOE. A passionate bowler, Michael achieved second place in a NJ state tournament in the 70s and also bowled a perfect game. After taking ballroom dance lessons, Mike and Betty went on to win five out of six first-place trophies in a dance competition. He also was the proud recipient of the “Most Hairless Legs” medal on a Royal Caribbean Cruise. He was a passionate Philadelphia sports fan and former Phillies season ticket holder. An avid reader, Michael read over a hundred books a year. Predeceased by his parents William and Alice and brother Dennis; and survived by his sisters Patricia (Pennsylvania), Gloria (New Jersey), and brother Patrick (Arizona). A devoted husband, father, and grandfather, Michael is survived by his wife, Betty Ann; three children, Colleen, Michael Jr., and Maureen; along with his grandchildren, Gabrielle, Mackenzie, and Jack. A private ceremony and burial will take place at the Florence National Cemetery in Florence, South Carolina, with a celebration of life TBD in Southern New Jersey. In lieu of flowers, the family requests charitable donations made to your personal favorite charities. Fond memories and expressions of sympathy may be shared at www.leefhandcrematory.com for the Fitzgerald family.
See more See Less