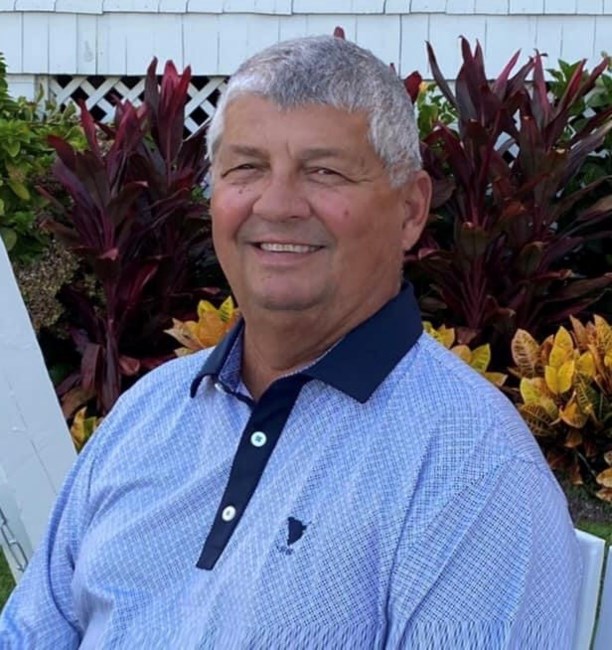 North Myrtle Beach - On January 18, 2022, Terry Donnell Richardson passed away peacefully, surrounded by his loving family. The son of Joseph Donnell and Virginia Cox Richardson, Terry was born on July 7, 1955, in Asheboro, N.C., the oldest of three children in a close-knit Christian family. Dependable and level-headed from an early age, Terry was always fiercely protective of his little brother, Randy, and his baby sister, LuAnn. Throughout his life, Terry took care of people. A Tarheel who bled Carolina blue, Terry graduated from the University of North Carolina in 1977 with a Bachelor’s degree in Business Administration. Even better, he had found the love of his soulmate and best friend, Nancy Smith, whom he’d met when she was just a freshman in high school. The couple married in 1979 and created a close-knit family of their own, welcoming son Bryan in 1983 and daughter Lindsey in 1986. And the Richardson family moved to North Myrtle Beach from Greensboro in 2005. Although Terry spent his entire career working in finance, he didn’t find his true calling until he joined the team at Edward Jones. He loved his work there, derived enormous satisfaction from helping others achieve financial security, and had just recently celebrated his two-year anniversary with the company. While many clients over the years noted Terry’s knowledge and skill in handling their investments, even more expressed appreciation for the way he related to them. He was generous with his time and made everyone feel cared for and special. That attitude was a hallmark of Terry’s life; he loved people, was dedicated to service, and had an energy that made it a pleasure to be in his company. That’s just one reason so many of Bryan and Lindsey’s friends loved to hang out at the Richardson’s house, where they were always safe and treated like family. In fact, Terry’s huge heart for kids inspired him to become a founding member of the Kiwanis Club of North Myrtle Beach; just one of the many civic organizations that benefited from his participation over the years. A man of deep faith, Terry was also a leader in his church family. There, his qualities of dependability, even-temperedness and organization proved just as valuable as in his professional life. If he took on a project, people knew it would get done. Terry took care of things. As the Richardson’s children grew up, Terry coached many of the sports Bryan played. Whether basketball, baseball, football, or soccer, if Terry wasn’t coaching, he was there cheering. Terry also supported Lindsey on the swim team, but Lindsey’s favorite sport to enjoy with her dad was shopping – and he had already begun to train Caroline, his two-year-old granddaughter, how to enjoy the finer things in life. In addition to spending time with his family, Terry enjoyed kayaking, tailgating, cycling and golfing. He regularly spent Friday at the Surf Club, golfing with a group of friends who will miss his words of wisdom and good humor. Terry loved music, especially the classic rock of his era: Tom Petty, the Eagles, and the Allman Brothers. He had a talent for “naming that tune” in two notes. Terry was a lover of animals, particularly dogs. There is no doubt he was greeted by Corkie, Cocoa, Allie, and Casey, ready to slather his face with kisses as he entered his final Home. He will be sorely missed by his black lab, aptly named, Buddy. Buddy will miss their connection, whether it be the early morning devotion or time on the beach walking and playing ball. Despite his many activities and interests, Terry wasn’t known as a big talker. When he DID talk, what he said was always intentional, usually loving, and often right. (And he loved it when Nancy told him he was right!) He boiled down some of his better thoughts into what he called “Terry’s Life Lessons,” and one of them was “Think before you speak!” Terry spent his last days and hours imparting deliberate and intentional words of comfort, love, wisdom, and faith. When he believed his work was done, he told the family and the doctors he was ready. And he departed this world for a better one. Terry is survived by his parents, Joseph Donnell and Virginia Cox Richardson; his wife of 42 years, Nancy Smith Richardson; son, Bryan Donnell Richardson; daughter, Lindsey Richardson Hughes (Kyle); granddaughter, Caroline Hughes; brother, Randy Richardson, and sister, LuAnn Richardson Smith (Charles). A memorial service will be held at 11 a.m. on Monday, January 24, 2022, at Ocean Drive Presbyterian Church, 410 Sixth Avenue South, North Myrtle Beach, SC 29582, with visitation following in the Family Life Center. In lieu of flowers, please make donations to a charity of your choosing. Lee Funeral Home and Crematory of Little River/North Myrtle Beach is serving the family. Fond memories and expressions of sympathy may be shared at www.leefhandcrematory.com for the Richardson family.
See more See Less

In Memory Of Terry D. Richardson