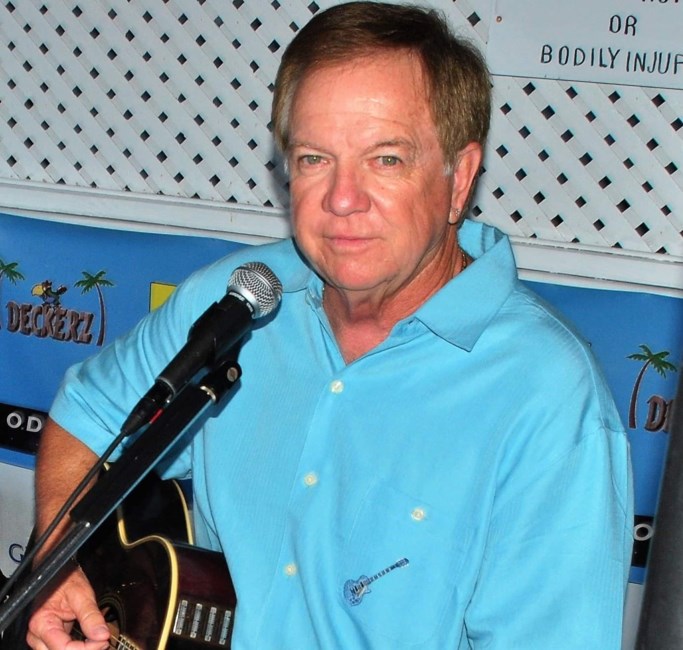 The Life and Accomplishments of Tommy Black Thomas Bickett Black Jr., AKA - Tommy Black, peacefully passed away on Wednesday, July 17th with his wife Christina Black, by his side at his home in North Myrtle Beach, South Carolina. Tommy was born in Fayetteville, North Carolina on July 12th, 1942. He is survived by his wife, Christina Cooper; his son and daughter-in law, Shawn and Casey Black; and his grandchildren Sean, Joey, and Leah Black. Tommy touched many lives in many different facets throughout his life, from working as a middle school educator and coach for over 30 years, to what he is most known for, his beautiful voice, creative song writing abilities, and entertainment charisma that stood out wherever he performed. Additionally, many of Tommy’s students from his school teaching years still remain in touch with dad and talk often of how he, in some way or another, positively influenced their lives. Tommy Black’s musical talent is grounded in gospel music and ranges from singing in rhythm and blues bands, country bands, southern rock bands, and the beach music industry. He has played with and opened for some amazing big names: Willie Nelson, Tanya Tucker, The Judds, Percy Sledge, B.J. Thomas and Waylon Jennings, just to name a few. As a career musician, Tommy served as the lead singer in many successful bands: The Chordsmen, The Men of Distinction, Southern Star, The Cumberland Gap Band, The Fabulous Boardwalk Band, Tommy Black and the Carolina Beach Music Band, and last but not least, Tommy Black and Blooz, and the Tommy Black Band featuring his wife Christina Cooper. Over the years, Tommy has received a plethora of awards and accolades in the music industry. Some of his most notable accomplishments are: 2008 Beach Music Awards, Smoothie of the Year, Shadow Shaggin; inducted into the Fayetteville Music Hall of Fame for his amazing song, “My Home Town Fayetteville”; awarded a key to Surf City for his song, “Topsail Island by the Sea” and it still plays today as the official song of Surf City. The family would like to add that Tommy was an amazing husband, father, grandfather and friend. The time he spent with us was filled with continuous laughter no matter how tough things were. Tommy, we love you to the moon and back and will continue to celebrate your life for as long as we live. You are a true legend and will be missed forever. A memorial service will be held at 4 pm on Sunday, July 21, 2019 at OD Church of the Lost & Found, 316 Main Street, North Myrtle Beach, SC 29582. Please join the family following the service at Ducks Beach Club to continue celebrating Tommy's life. A guestbook is available at www.leefhandcrematory.com. Lee Funeral Home & Crematory of Little River/North Myrtle Beach is serving the family.
See more See Less

In Memory Of Thomas Black Jr.