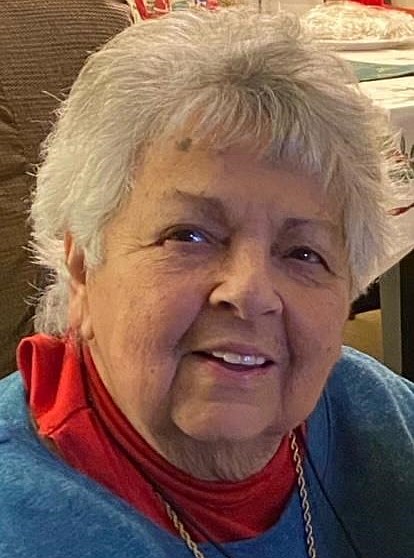 Barbara Alviggi nee Amabile of West Orange, passed away on Sunday, January 16, 2022, at the age of 86. Barbara was born on September 25, 1935, the sixth child of the eight children of Joseph J Amabile and Andrianna (DeVingo) Amabile. She was a lifelong resident of West Orange. Barbara was a graduate of West Orange High School. She met the love of her life and husband of sixty years, James Alviggi, Sr., at the Hazel Avenue Playground. Following their wedding in December 1954, Barbara joined her husband while he was stationed at locations across the south as an officer in the US Air Force before returning to West Orange where they raised their family. She dedicated her life to her husband and family. Pre-deceased by her husband James in 2015 and her parents, Joseph J. Amabile and Andrianna (Jennie) Amabile, Barbara is survived by her children Karen S. Alviggi, Patty A. Alviggi, James Alviggi, Jr. and Robert Alviggi and his wife Allison Alviggi along with her grandchildren Brian D. Fanning, Jr. and his wife Amanda Fanning, Robert R. Fanning, Mackenzie Emily Alviggi and Robert James Alviggi. She is also survived by her sisters Susan McKenna and Judith Amabile, and her wonderful cousins. A Catholic mass in her honor will be held on Friday, January 21, 2022, at 11:00 AM at St. Joseph’s Church, 44 Benvenue Avenue in West Orange. In lieu of flowers, donations in her memory may be made to the American Lung Foundation, 55 West Wacker Drive Suite 1150 Chicago IL 60601, National Kidney Foundation, 30 East 33rd Street New York NY 10016 or the American Diabetes Foundation P.O. Box 7023 Merrifield VA 22116. Fond memories and expressions of sympathy may be shared at www.quinnhoppingfuneral.com for the Alviggi family.
See more See Less

In Memory Of Barbara Alviggi