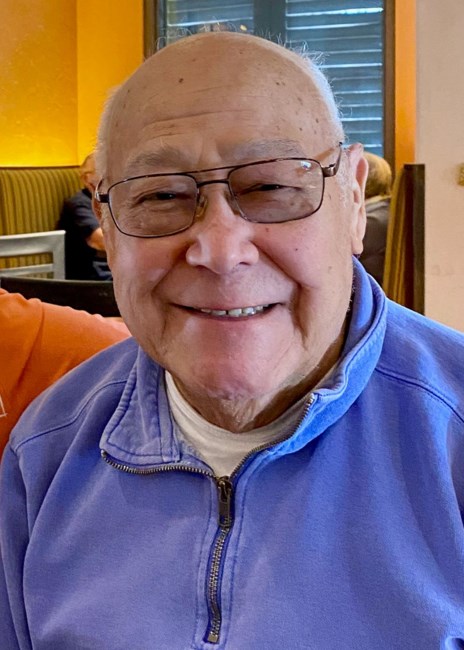 Francisco "Frank" Figueroa, of Longmont, Colorado passed away on Tuesday, May 3, 2022. He was 86 years old. Frank was born on September 19, 1935 in Mesa, Arizona to Francisco Figueroa and Luz Escamillas. He grew up in Indio, California, where he lost his mother at an early age. He loved reading and learning new things. He was industrious and his early jobs included setting pins at a bowling alley and working at a printing company. Frank attended Coachella Valley High School. He joined the National Guard as soon as he was able and then enlisted in the Air Force where he served from 1956-1960. He worked in electronics for the Air Force and traveled extensively in this role. He married Estella Lucero on June 19, 1965. They met as teenagers in Indio just before he entered the Air Force. They later reconnected and married in 1965. Frank and Estella moved to Colorado in 1984 from Hyde Park, New York and settled in Niwot. Frank began working with IBM in San Jose, California in 1965. IBM provided him many opportunities to learn and grow his career. He taught himself programming which enabled him to switch gears from serving as a Field Engineer to a Computer Programmer. The company also provided him the opportunity to see the world, literally. Frank transferred with IBM from San Jose to Poughkeepsie, New York in 1976 and from there moved to Böblingen, West Germany to work in the Stuttgart office from 1982-1984. Upon returning to New York, he was again transferred, this time to Boulder, Colorado. Frank spent the remainder of his IBM career in Boulder, retiring from IBM after almost 30 years with the company and then worked for Lockheed Martin until 2002. Frank was raised in the Catholic Church but did not find a true connection with his faith until his sons took him to Rocky Mountain Christian Church in 1984. Rocky was a newly planted church at the time and was meeting in the auditorium of Niwot High School. Frank was an early contributor to the church building and remained active in the church for many years, serving wherever he was needed, most notably by preparing the bread and juice for communion every Sunday morning. He celebrated his 25th wedding renewal of vows at Rocky Mountain and saw all three of his children married there. Frank enjoyed traveling, fishing, and sports. He was an avid fan of the local sports teams. He regularly attended CU Buff football games and had season tickets to the Colorado Rockies for a time. In his last years he particularly enjoyed his cat, Pepe, and hanging out in the yard with Estella and her chickens. He loved reading and enjoyed John Wayne movies. His favorite movie of all time was The African Queen and he never tired of watching it, seeing it repeatedly. Frank enjoyed tinkering and was always working on something. In his later years, he began hand carving walking canes using branches from his backyard. They were items of beauty. Frank loved his grandchildren and was a proud father and grandfather. Frank leaves behind a beautiful legacy and is survived by his wife, Estella, daughter Gloria (husband Dan), sons Robert (wife Robyn) and Frank (wife Kendra), his grandchildren Anthony (wife Breanah), Gregorio, Emilio, Sierra, Marissa, and Gabriela, and great grandchildren Waylon and Bexley. He was preceded in death by his parents, Francisco and Luz, and his sister, Catalina Tovar. A Celebration of Life was held for Frank on Monday, May 16, 2022 at Rocky Mountain Christian Church in Longmont, Colorado. Memorial contributions can be made in Frank’s memory to Allegiance Ranch and Equine Rescue, Inc. Fond memories and expressions of sympathy are appreciated and may be shared at www.ahlbergfuneralchapel.com for the Figueroa Family.
See more See Less

In Memory Of Francisco "Frank" Figueroa