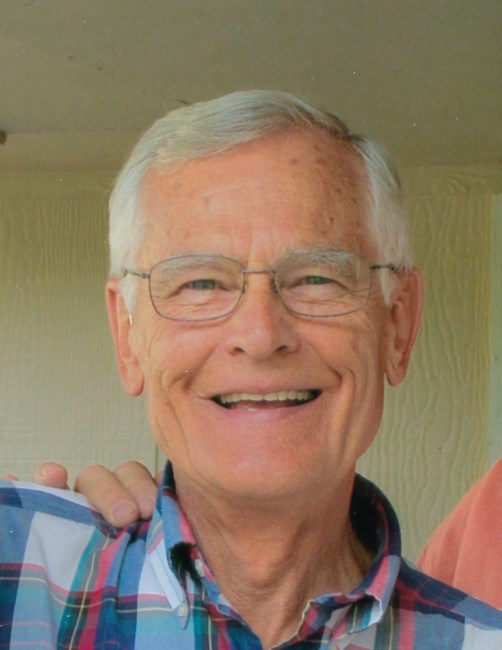 Fred Oelke was born on March 10, 1944, to Linda (Erdman) and Fred Oelke. He grew up on the family farm near Hazen, ND. As the only son, his father named their trucking business “Oelke and Son Livestock Trucking”. Fred drove the red semi-tractor and trailer for the business while in high school. Fred worked for his uncle and traveled South custom combining. He also worked road construction and as a ranch hand for his brother-in-law. Fred attended North Dakota State University and earned a degree in Pharmacy. He practiced pharmacy in Dayton, Ohio, and Lamar, Colorado, before moving to Longmont, Colorado, where he began a real estate career and business known as Four Seasons Realty. Fred sold his business, retired and began his enjoyment of gardening and cooking. Fred was a car enthusiast and had a Model T roadster in high school. He’d frequently drive by his younger sisters walking to school and wave but didn’t offer them a ride. Fred had a “need for speed” and racing cars, motor cycles and snow mobiles. His snowmobile companions dug him out of a snow ditch more than once when Fred decided to pass them off of the groomed trail. Fred was known for being a prankster, story teller and his jokes. His sisters frequently were the brunt of his pranks. He frequently made fun of himself, which drew the most laughter. Fred will be greatly missed by his family, friends and colleagues. Fred is survived by sisters Yvonne Heinemeyer, Lynn Oelke, and Cynthia (Steve) Richter, nephews Scott Baisch, Jim Reid, Matthew Richter, Michael Richter; nieces Andrea Monson, Victoria Ellingson, Whitney Harchenko. Fred is preceded in death by his mother, father, and sisters Evelyn Baisch and Audrey Westrum and his brother in law, Jim Heinemeyer. A celebration of Fred’s life will be held at 10:00am on Tuesday, September 21, 2021 at Howe Mortuary with Pastor Dan Hansen officiating.
See more See Less