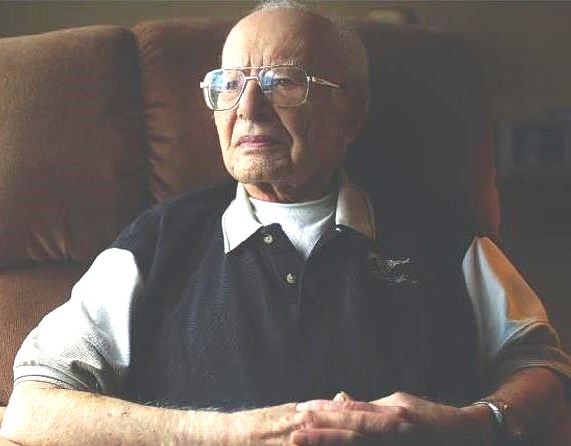 Harry Evanoff, long-time resident of Cheyenne, Wyoming, passed away on May 5, 2022, in Longmont, Colorado, at an age of 98. Harry was born in Homestead, Pennsylvania in October 1923, and was raised in Hershey, Pennsylvania, where he graduated from high school in 1941. His first job was as a machinist for the Bendix Corporation in Philadelphia. In 1943 he moved to southern California where he worked as a manufacturing foreman on aircraft and missiles at Norton Air Force Base in San Bernardino. He spent two years during this time in the Army where he was an interrogator of Nazi war criminals in Germany. He married Freddie Lee Cook in 1952 and his son Emmett was born in 1956. While in California, the family vacationed for a decade at the Triangle X Ranch in Jackson Hole. In 1966 the family moved to Cheyenne where Harry worked as an industrial specialist supervisor at F. E. Warren Air Force Base. In 1977 Harry joined the Wyoming Department of Transportation as an engineering technician and designer for the Right-of-Way Program. He worked at this job for 40 years, retiring at an age of 93. He was well respected and very well-liked by his coworkers and friends. For over 30 years he never missed a University of Wyoming home football game. He loved living and travelling in Wyoming, especially in the outdoors. Harry was a fine woodworker, enjoyed long distance running, and was an excellent horseman. Freddie Lee preceded him in death in 2007, and his survivors include Emmett Evanoff of Longmont, Colorado, and his niece Patricia Martin of Pennsylvania. In lieu of flowers, please make donations to the Cheyenne Animal Shelter by using the link below.
See more See Less

In Memory Of Harry Evanoff