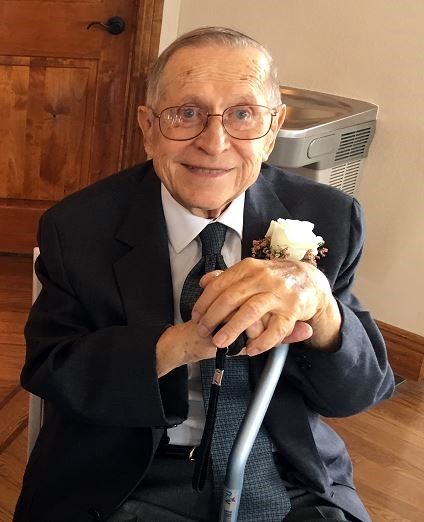 Leroy Eugene Heidt passed away peacefully on Thursday, September 22, 2022. He was 88 years old. Leroy was born on a farm in Crowley County on April 27, 1934, the youngest of the eight children of H.C. & Elizabeth (Karle) Heidt. He graduated from Ordway High School in 1952 and continued on to the University of Colorado in Boulder, where he majored in Pharmacy. Leroy married Nadine Grasmick On September 12, 1954 in Ordway, CO. They lived in Boulder for 51 years before moving to Longmont in 2005. Nadine and Leroy celebrated more than 64 years of marriage before she passed away in 2019. From 1964-1992, Leroy was an Atmospheric Scientist at NCAR Boulder. He traveled the world collecting and analyzing air samples in the troposphere and stratosphere to research and support the ozone depletion theory. He was a lifelong Lutheran and most recently a member of Faith Community Lutheran in Longmont. He participated in Bible Study Fellowship and volunteered with Nadine at Longmont United Hospital. Leroy loved gardening, especially caring for his rose bushes, travelling, watching his grandchildren and great-grandchildren grow up, and repairing his more than 73 antique clocks. Leroy is survived by his children Mark Heidt (Julie) and Nanette Goings (Bob), grandchildren Mollie Amundson (Josh), Seth Goings (Brittany), Neal Heidt (Corbyn), Toby Heidt (Rachael), and great-grandchildren, Joel & Jesse Amundson, Oliver & Ivy Goings, and Mabel Heidt. He is also survived by three siblings, Esther Osbourn, Herman Heidt, & Kathy Powell, as well as many nieces and nephews. Leroy was laid to rest with his beloved wife, Nadine, in a private Committal Service. A Celebration of Leroy's Life will be held on Saturday, October 29, 2022 at 2pm at Christ Our Savior Lutheran Church in Longmont. Fond memories and expressions of sympathy may be shared at www.ahlbergfuneralchapel.com.
See more See Less

In Memory Of Leroy E. Heidt