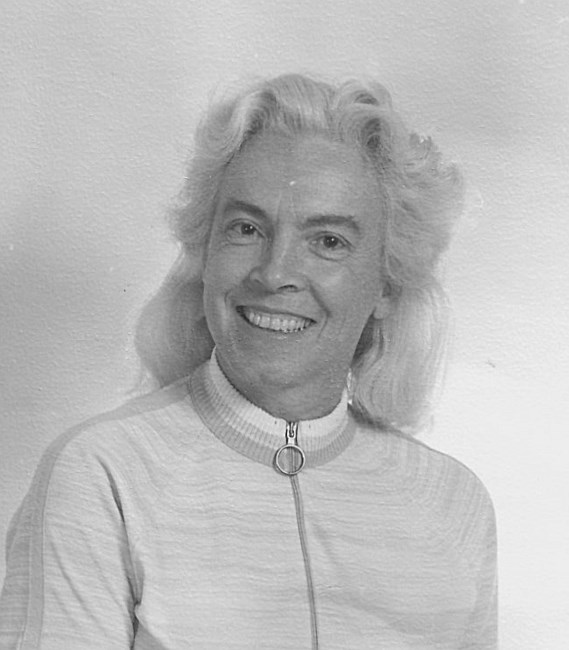 Margaret, a devoted Christian, passed away in Longmont, CO. She was 98 years old. She was a resident of Brookdale assisted Living and under care of their staff and Hospice Canyon Home Care. She was born the daughter of James F McCain and Lucy A McCain in Hygiene Colorado. She graduated with honors from Lyons High School in 1942. She worked for civil service at Lowry Air Force Base in Denver.

Margaret married her high school sweetheart, Clair G. Billings in Bakersfield California in the Chapel of Sacred Memories on October 31, 1944. They had one son Roger Allen Billings. She was a member of the Lyons Methodist Church where she sang in the choir and also taught Sunday School for many years.

She was active in the American Legion Auxiliary and was past president of the 8 & 40 group.

She belonged to the Exceher Rebecca Lodge #30 for over 30 years and had the honor of being Assembly Outside Guardian for the State of Colorado and singing in the state choir for many years until the Lodge consolidated with the Longmont Lodge. Her love of music was her greatest joy.

She was a bookkeeper and Public Accountant in California, Estes Park and Lyons; moving to the Billings Ranch in 1956. After retiring in 1972 she traveled with her husband Clair to the many Asian Countries, also to Europe and Canada. Together they visited all 50 states and spent many years during the summer in Alaska. Margaret was an expert quilter and excelled in crocheting. Her talent won her blue ribbons at the Colorado State Fair in Pueblo.

Graveside services will be held at 11:00 am on Monday, October 11, 2021 at Foothills Gardens of Memory