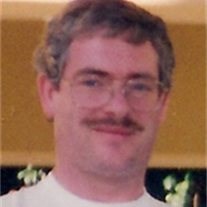 Bley, Richard Alan ""Rick"", 56, of Longmont, died October 20 at TRU Community Care Hospice in Louisville, CO. Cremation has been entrusted to Howe Mortuary and Cremation Services. No local services will be held. Rick died at the age of 56 on Monday, October 20, 2014 at TRU Community Care Hospice Facility in Louisville, CO, after fighting a lengthy battle with lymphoma cancer. Rick was born and raised in Happy Camp, CA. He is preceded in death by his mother, Beverly Geraldine Bley of Yreka, CA; and his father James Albert Bley and Evie Brown of Brookings, OR; his sister Erin Lynn Bley of Quincy, CA; and his uncle Paul Kenneth Bley of Yreka, CA. At the age of 29, Rick pursued a PhD in chemistry. In June of 1991 he received his bachelors degree from Southern Oregon State College (now Southern Oregon University) in Ashland, OR. In April 1997 he received his PhD in Solid State Inorganic Chemistry from UC Davis, CA. While at UC Davis, he taught many lab courses in addition to his usual coursework. He then accepted a postdoctoral position at the University of Virginia in Charlottesville in the Physics and Materials Science Department. In 1999 he moved to Broomfield and later to Longmont, CO, where he accepted a position at Eltron Research in Boulder CO. While at Eltron, he single authored one patent and co-authored four patents. He worked at Eltron until February 1, 2014 when his illness no longer allowed him to work. He is survived by two brothers and a sister and their spouses. John and Carol Bley, of Canton, NY; Bob and Rosie Bley of Happy Camp, CA; and Elaine and Danny Johnson of Doddridge, AR. He is also survived by his aunt Marjorie Bley of Yreka, CA; and three cousins and their families, Kathy Bergeron of Yreka, CA; Krisi Gorbet of Greenville, CA; and Kenny Bley of Sacramento, CA. Rick also has six nephews and two nieces, two great nephews and two great nieces. Rick will be greatly missed by his family and many friends.
See more See Less