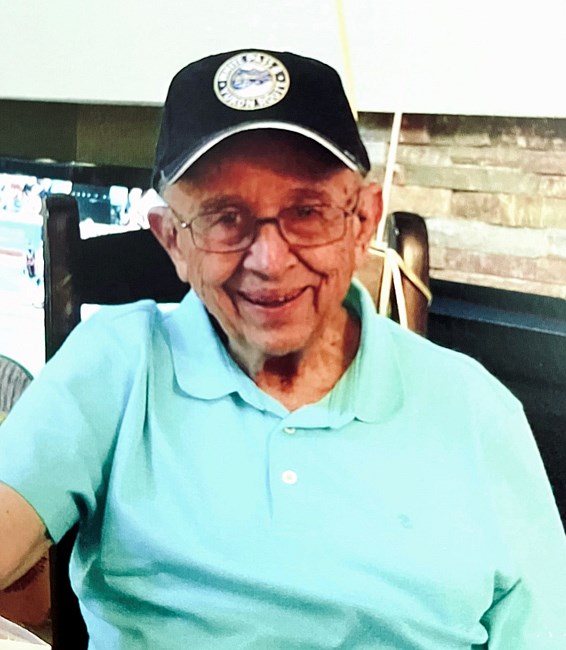 Robert Dean “Bob” Barker of Longmont passed away on January 17, 2023 following a brief hospital stay. He was 95. A lifelong Presbyterian, Bob was a member of numerous congregations but felt most at home at CENTRALongmont Presbyterian where his youngest son, David, is pastor. Bob was a Navy veteran, a draftsman by trade, the father of two boys and, for 73 years, the husband of his beloved wife Bobbye; he lived a life of service and devotion to his family. He would have described himself as just a “plain vanilla guy.” His favorite ice cream flavor was of course – vanilla. His calm, steady presence however, even during turbulent times, was a constant source of strength and inspiration to all who knew him. Bob was born in San Francisco, California on October 20, 1927, the only child of Tunis Dean Barker and Flora Douet Barker. His father, a career Navy enlisted man, died when Bob was thirteen. He and his mother settled in Los Angeles where Bob graduated from John Marshall High School in 1946. Rather than attend college, Bob followed his father’s example and enlisted in the Navy in April of 1946. He became an Aviation Machinist’s Mate, and was stationed at NAS Dallas where he met his future wife, Bobbye Jo Bullard. They married in 1948 following his discharge from active duty. Bob began his career as a draftsman with Magnolia Petroleum Company in Dallas and in subsequent years worked at several defense contractors preparing engineering drawings. Along the way he and Bobbye raised two sons: Dean, born in 1954, and David, in 1958. Bob reached the pinnacle of his career in 1968 when he accepted the position of Chief Draftsman at Tracor, an electronics firm in Austin, Texas. While he enjoyed his time at Tracor, the rapid development of computer assisted design convinced Bob that perhaps it was time for a change. Leaving the electronics industry behind, Bob spent his remaining work years at several hobby shops doing what he loved best: working with model trains. Bob and Bobbye enjoyed their retirement years in Austin but, like David, found the summer heat increasingly unbearable. So when David accepted a call as Pastor at CENTRALongmont, they made the move to Colorado. Their last years were spent together at Hover Manor and Beatrice Hover Assisted Living. Bobbye, his light and his life, passed in March of 2022. Bob is survived by his two sons, Dean and wife Lynn, and David and wife Terry; four grandchildren, Holly Kipp, Heather Luxton, and Chris and Jessica Barker; and four great grandchildren, two boys, Bowen and Caleb Kipp, and two girls, Caroline and Catherine Luxton. Memorial donations may be made to Central Presbyterian Church of Longmont, CO.
See more See Less