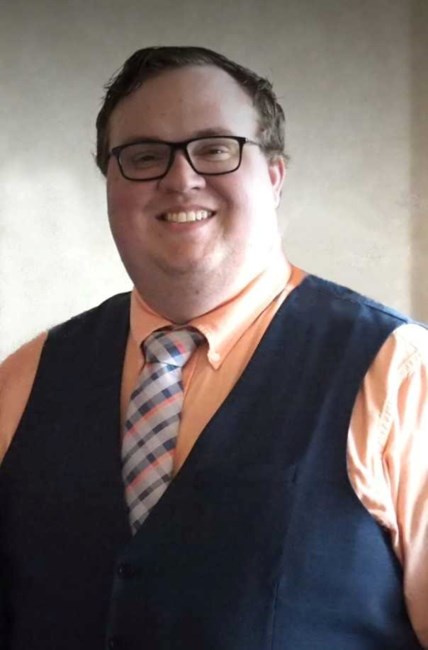 The light and joy that Ryan Michael Jones brought to this world was taken away on July 28, 2022. Ryan was born on February 28, 1989, in Denver, Colorado and grew up in Longmont with his family. Ryan started life with a heart defect that required emergency surgery when he was six hours old and major heart surgery at six days old. Ryan was the first infant in the country to have both an arterial switch and the adding of a coronary artery in the same surgery. Ryan was proud to be a 6th generation Coloradan and loved the mountains, fishing and, especially, his “hometown” of Marble. Ryan graduated from Silver Creek High School in 2007. He then received his Bachelor of Arts degree in Hotel and Resort Management from Metropolitan State University and worked for Marriott in Denver for several years. Ryan was determined to follow his life passion of working in the railroad industry and in 2014 he was excited to join Union Pacific Railroad. He worked in the railyard in Rock Springs and Cheyenne, Wyoming before obtaining his conductor license and becoming a conductor. Ryan’s greatest joy was blasting the horn and waving at the little kids whenever he had a chance. Due to a major cardiac event, Ryan died suddenly while on the job, doing the things he loved doing. Ryan is survived by his father Michael and sister Jessica (Jones) Toman, as well as his brother-in-law Christopher Toman and their infant son, Decker, who was the joy of Ryan’s life. Ryan has many aunts, uncles and cousins who loved him, as well. Ryan is preceded in death by his mother, Jane, grandparents David and Meridith Jones, Leonard and Dorothy Dick and cousin Matthew Gustafson. A funeral service will be held on Friday, August 12th at 10:00 am at Howe Mortuary in Longmont. A reception will follow at Sandstone Park in Longmont. Donations made in Ryan’s name and memory can be sent to The Zarlengo Foundation at www.zarlengofoundation.org (Zarlengo Foundation, P.O. Box 1911, Wheat Ridge, CO 80033). Fond memories and expressions of sympathy may be shared at www.howemortuary.com for the Jones family.
See more See Less

In Memory Of Ryan Michael Jones