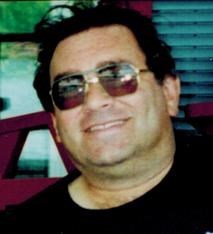 In Loving Memory of Thomas Michael Klemmer Born in 1946 in Rochester, New York, Tom’s schooling included McQuaid Jesuit High and later, earning his B.B.A. cum laude from St. Bonaventure. He worked as an accountant for Price Waterhouse in Boston and then later took on various roles during his world and domestic travels. His love of Kurt Vonnegut, Bob Dylan, Tom Waits and others reflected his proclivity to challenge basic conventions and their underpinnings, as he took on the slaying of proverbial dragons and windmills, seeking a modicum of social justice for himself and others. He was loved by the honest and thoughtful people in his life and not so much by bureaucratic establishments. He loved his music loud with a lifetime playlist that includes the songs of Smokey Robinson, The Four Tops, James Brown, Miles Davis, Herbie Hancock, and John McLaughlin, but Dylan would always be his go to artist at the top. Tom lived forcefully and creatively even while being bookended by two of the monster viruses of this lifetime, polio and Covid 19. Tom leaves behind three brothers: Jim, Dan and Rick, and a sister, Mary, all with families that he loved dearly. His parents, Ruth and Al Klemmer have been deceased for a while now. We also need to acknowledge the loving care given to him by David and his staff (his 2nd family) of WoodSpring Suites in Firestone, CO and the caregivers and nurses of Trucare Hospice in Longmont. Now, to distract from our tears, and with writing that would meet Tom’s overwhelming approval, we have prepared a 2nd draft of his obit. It reads: Tom Klemmer dead….Subaru for sale. (Hop on, bro’, visor down, the sands of Santa Cruz are a calling. We miss ya Tom)
See more See Less