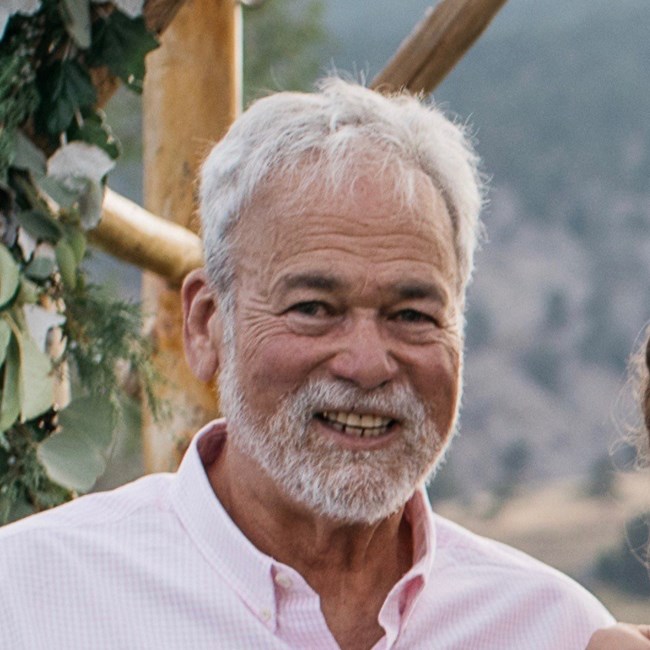 William “GPA” L. Plante Jr, lover of lobstah’s, master of puzzles, and carver of great pumpkins, passed away September 8th 2018 at the age of 75. Born October 1st, 1942 in Lewiston, ME, Bill grew up spending his summers on Biddeford Pool Beach, enjoying clambakes and cleaning lobster bodies for free. He played trombone in his school band “The Tempo Men” and was a protective older brother to his two sisters. He graduated from Lewiston High in 1960 and married his High School Sweetheart, Suzanne Doucette. He joined the GE apprentice course in Lynn, MA and studied at both Tufts University and University of Maine. He went to work for Bancroft and Martin in Portland, back to GE, and eventually Digital Equipment Corporation where he thrived for more than 30 years. Digital gave Bill and his young family the opportunity to move often, making homes in West Peabody, MA; Mayaguez, Puerto Rico; Southwick, MA; and eventually 20+ years in Colorado Springs, CO. In 1997, Bill and Suzanne made one final move with an opportunity at Maxtor in Longmont, CO to be closer to kids and grandkids, and he happily retired from InPhase Technologies in 2008. Bill was truly the life of every party with his quick wit, contagious laugh (often at himself) and great stories. He adored his grandchildren and kept his calendar full attending their activities. Bill’s hobbies were many, including body surfing in the frigid waters of Maine, skiing, golfing, vacationing with his entire family, puzzling, bird watching and painting. He had an epic tee shirt collection often wearing his favorite “Yes, dear” and a watch collection to match every mood and color. He loved trying new restaurants, was a loyal fan of the Denver Broncos, and a movie fanatic sharing his personal reviews, “The Maine-iacs Guide to the Movies,” and Oscar picks across social media. Bill spent many years volunteering with the United Way, Chins Up, and Crime Stoppers. He was always quick to lend support to anyone who needed it. His favorite quote was “Don’t wait for your ship to come in… swim out to it.” Bill will be lovingly remembered by his wife of nearly 58 years, Suzanne Plante; children Renée and Ken Forsythe, of Fort Collins, CO, Tracy and Mark Flavin of Highwood, IL, Lisa and Jeff Assenza of Manlius, NY, Jason and Sophie Plante of Longmont, CO; eleven fabulous grandchildren – Alex, Chloe, Conor, Patrick, Trevor, Elise, John, Dean, Kayla, Aidan & Courtney; siblings, Bette Lou and Ted Jewett, Debbie Brown and John Plante all residing in Maine; and so many loving nieces, nephews, extended family and friends. Bill was preceded in death by his Father, William L. Plante Sr., Mother, Lorraine (Rainy) Wakefield, Uncle Roland Dumais and Aunt Beatrice (Bee) Plante. A celebration of Bill’s life will be held on September 22nd, from 2-5 at his favorite local Longmont restaurant, O’Shays, 512 Main Street. Per Bill’s wishes, Hawaiian shirts are strongly encouraged. Should friends desire, contributions may be sent to the American Heart Association.
See more See Less