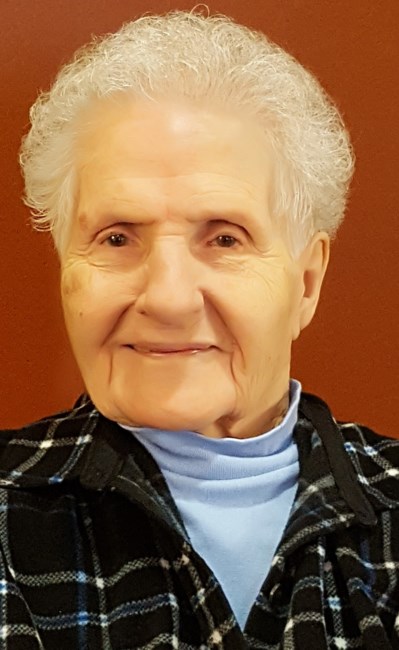 A private family service for Grace Gentry Brock will be held in the Elwyn M. Gipson Memorial Chapel located in the Garden of Memories Memorial Park, with Pastor Mark Wilke officiating. Grace was born on October 22, 1922, to Cora Leona (Smith) and Jesse Gentry and died on Tuesday, September 20, 2022, in a local hospice facility. She grew up in the Lufkin area and graduated from Lufkin High School. In 1947, she married Melvin Brock after his discharge from the United States Navy. They were happily married for 35 years until his death in 1982. Grace first worked for the Lufkin Telephone Exchange and later in food service for both Lufkin and Hudson schools. She was a member of Lufkin's First Baptist Church during her child-rearing years. Later in life, she attended smaller churches with her youngest sister, Alta Klein, who served where she was needed as the church pianist. Grace loved the Lord, and she loved her family. Nothing gave her more happiness than having her children, grandchildren, and extended family members around her. She always made sure they felt loved and were comfortable and well-fed. Survivors include her daughter and son-in-law, Linda and Mike Jones; son and daughter-in-law, Melvin and Gwen Brock; grandchildren, Andrea Jones and Juli Cox; great-grandchildren, Heather Paul, Tyler Cox, and Savanna Cox; great-great grandchildren, Destiny Judalet, Jaden Judalet, Clayton Paul, and Dalton Cox; and many nieces and nephews. In addition to her parents and her husband, Grace was preceded in death by her infant daughter, Peggy, and fifteen siblings. The family would like to thank the staff members at Hospice in the Pines and Larkspur for their support, care, and compassion. Services are under the trust of Gipson Funeral Home. Condolences may be offered at gipsonfuneralhome.com
See more See Less

In Memory Of Grace Gentry Brock