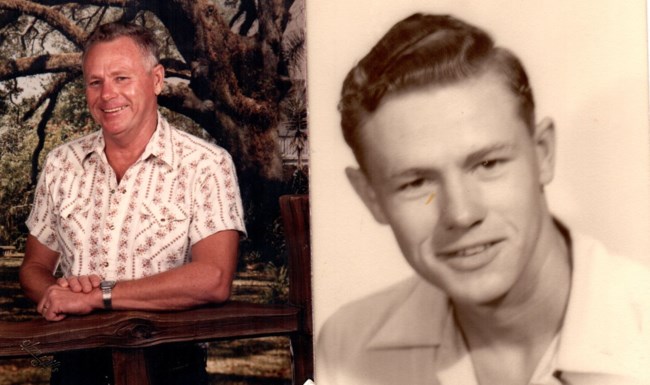 Graveside services for James Richard Andrews, 87, of Diboll, will be held at 10 a.m. Saturday, January 21, 2023 in the Fairview Cemetery with Ronald Schaeffer officiating. Mr. Andrews was born November 15, 1935 in Trinity, Texas, the son of the late Sevelia McClendon and James R. Andrews. He passed away Sunday, January 15, 2023 at his residence. James was a loving husband, father, and grandfather. He loved spending time with his grandchildren and building things. On his free time, he enjoyed hunting and attending sporting events. For many years he worked for Gary Bolt. Survivors include his wife, Sara Andrews of Diboll, Texas; sons, Mike Andrews of Diboll, Texas and Mark and wife Ann Andrews of Ore City, Texas; daughter and son-in-law, Patress and Ronald Schaeffer of Lufkin, Texas; grandchildren, Alayna, Hope, Tiffany, Kelly, and Jack; great-grandchildren, Addison, Annalyse, and Enoch; and sister Birdine Landrum of Diboll, Texas. He was preceded in death by his parents; and half-brothers, Howard and Elmo Andrews. The family will receive friends from 5:00 p.m. to 7:00 p.m. Friday evening at the funeral home. Condolences may be offered at www.gipsonfuneralhome.com Services have been placed in the trust of Gipson Funeral Home.
See more See Less

In Memory Of James Richard Andrews