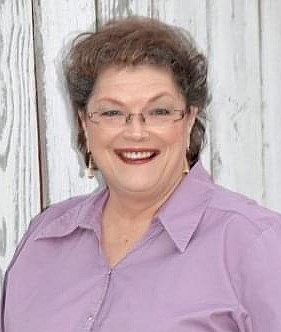 Services for Sandra Slack Murphy “Sandi Hutson”, 75, of Lufkin, will be held at 4:00 p.m. Sunday, January 22, 2023 in the Gipson Funeral Home Chapel, with Mr. Andrew Hicks officiating. Reception will follow the service. Private interment will be in the Fielder Memorial Cemetery. Sandi was born February 27, 1947 in Lufkin, Texas, the daughter of the late Alta Mae (Jordan) and Albert Slack. She passed away Wednesday, January 18, 2023 in Waco, Texas. Sandi was a loving and devoted wife, mother grandmother and great-grandmother. She was a longtime member of Harvest Church in Jasper. Survivors include her sons and daughter-in-law, Cliff C. and Chela Hutson of Jonesboro, Arkansas and Brex and Reta Hutson of Mexia; sister and brother-in-law, Sally and Terry Clifton of Huntington; brother and sister-in-law, Robert and Kim Slack of Pollok; grandchildren, Hannah Hicks, Jayme Duncan, Casey Cargile and Faythe Hutson; great-grandchildren, Brayden Cargile, Adalyn Cargile, Kayden Cargile and Ezra Hicks; and a host of nieces and nephews. She was preceded in death by her husband, Philip Marvin Hutson; parents; and niece, Rebecca Clifton. The family will receive friends from 1:00 p.m. to service time on Sunday at the funeral home. Condolences may be offered at www.gipsonfuneralhome.com Services have been placed in the trust of Gipson Funeral Home.
See more See Less

In Memory Of Sandra Hutson