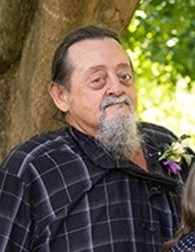 Services for Tony Adkins, Sr., 68, of Lufkin, will be held at 2:00 p.m. Sunday, September 18, 2022 in the Gipson Funeral Home Chapel, with Bro. Stephen Cowart officiating. Private inurnment will be at a later date. Tony was born June 8, 1954 in Lufkin, Texas, the son of the late La’Vada Patrick nee McDonald and Edward Adkins. He passed away Wednesday, September 14, 2022 at his residence. Tony was a loving husband and father. He proudly served his country in the United States Navy and was retired from Texas Department of Corrections following 24 years of service. Tony enjoyed fishing, hunting and working with his chickens and other birds. Survivors include his wife, Annette Adkins of Lufkin; sons, Tony Adkins, Jr. (Jennifer) of Lufkin and Timothy Adkins (Shauna) of Abingdon, Maryland; niece, Kimberley Stanbery of Lufkin; mother-in-law, Vallie Wynne of Lufkin; brothers-in-law, Kevin Wynne (Glenda) and Kennith Wynne (Darla) all of Lufkin; Niece, Kellie Meza (Rickey) of College Station; nephews, Colton Wynne (Cassidy) of Lufkin and Kyle Wynne of College Station; and a number of nieces, nephews, other relatives, and friends. In addition to his parents, Tony was preceded in death by his stepfather, Pat Patrick; sister, Connie Bowers; niece, Terrilynn Ashby; and father-in-law, Travis Wynne. The family will receive friends from 1:00 p.m. until service time on Sunday at the funeral home. Condolences may be offered at www.gipsonfuneralhome.com Services have been placed in the trust of Gipson Funeral Home.
See more See Less