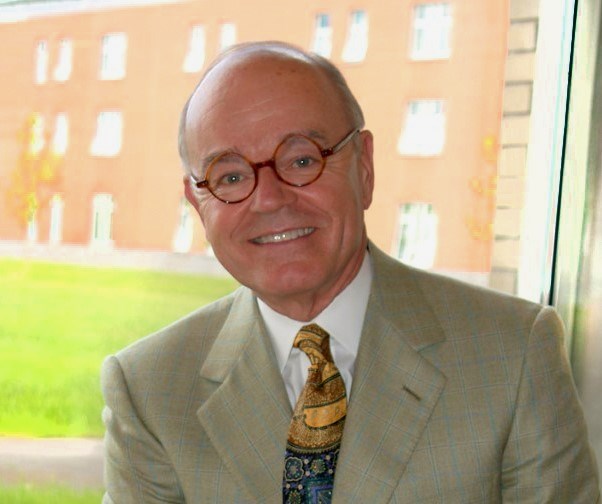 Henry S. Dembowski passed away peacefully on September 25, 2022 following a brief illness. Henry was born in Lynn on July 29,1939 to Helen (Osuchoski) and Walter Dembowski. He attended Lynn Classical High School and earned his Bachelor and Masters degrees from Salem State University. He is survived by his beloved wife of fifty-five years, Claire (Caram) Dembowski, his son Stephen and wife Kristin and their two children, Anna and Kate; his son David and wife Vanessa and their three children, Max, Samantha and Alexa. Henry was brother to Walter (deceased) and his wife Jane and to Richard and his wife Lois. He was brother-in-law to Elaine Dalton (deceased) and to Louis Caram (deceased) and his wife Jean. Henry is also survived by many loving nieces, nephews, great nieces, and great nephews. Henry’s lively personality and zest for life attracted many people, young and old, who became part of his extended “family.” He never missed an opportunity to celebrate, whether it be hosting fund raising events, spectacular gala affairs or visits to “Henry’s House” on Martha’s Vineyard. He was a 50-year resident of Swampscott where he served on the School Committee and longtime Town Meeting member. After years of cheering his sons on the Big Blue football field, he also served many years as Treasurer of the Gridiron Club. Henry lived an extraordinary life as a dynamic educator. He inspired children and adults alike. His career started in 1960 as a teacher in Lynn, followed by over 25 years as teacher and principal at all levels in the Marblehead Schools. His administrative leadership continued in roles as Assistant Superintendent in Wilmington, Superintendent in Martha’s Vineyard and Superintendent in Pentucket Regional System. After 34 years of service, Henry retired from the public school system and continued his career as a professor in Salem State University’s Education Department. Beginning in 1994 he influenced teacher training as a Consultant with Collins Education Associates which gave him the opportunity to reinvigorate and introduce innovative strategies to educators in many east coast states. Throughout his life Henry was both an advocate and participant in theater arts. He found his greatest joy in directing musical productions. While sharing his skills, he discovered and nurtured hidden talents of countless others. Henry was actor, director and producer of almost fifty theatrical productions at: Magic Lantern Playhouse, Junior Aid Society Shows, Concord Players, North Shore Music Theater, Marblehead Little Theater, and many shows at the Marblehead High School garnering appearances at Drama Festival. He was a President of Marblehead Little Theater, President of the Marblehead Arts Association and a Chairperson of the Marblehead Festival of Arts, President of Mass Alliance For Arts In Education and had the honor of a sabbatical year at the Kennedy Center for the Performing Arts. Both education and the arts were quite literally Henry’s stage where his contributions made the world a more enjoyable place. In his never ending commitment to the arts, he and his wife Claire established The Dembowski Family Theatre Endowment Fund at his alma mater, Salem State University. In lieu of flowers and to honor Henry, contributions may be made to this Endowment Fund. Please direct gifts to the Salem State University Foundation, 352 Lafayette Street, Salem, MA 01970, or online at https://participate.salemstate.edu/dembowski A Celebration of Henry’s life will be held on Saturday, October 29, 2022 in the morning at Salem State University. For important details regarding attending this event in person or virtually, please visit https://participate.salemstate.edu/dembowski
See more See Less

In Memory Of Henry S. Dembowski