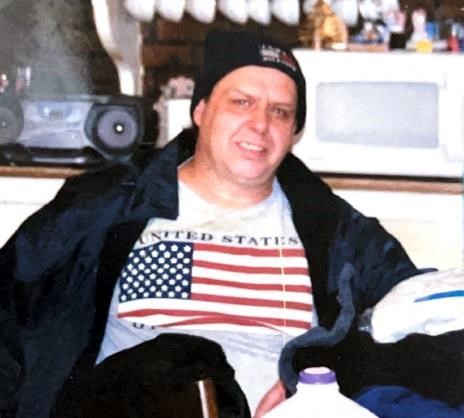 Mr. John Michael “Johnny” Brown, age 62, of Lynn, died on Tuesday, August 2nd in Salem Hospital after a lengthy illness. He was the husband of Juana L. (Palomares) Brown, with whom he shared 25 years of marriage. Born in Chelsea, he was the son of the late Harold E. and Claire M. (Arsenault) Brown. He grew up in Chelsea and lived in Lynn for the past 22 years. Johnny was a cook and worked for several airlines at Logan Airport. For many years he also worked for Griffin Construction of Chelsea, and was a handyman. He enjoyed fishing and loved the Mass. Lottery. But most of all he loved his family and enjoyed spending time with family members. In addition to his wife, he leaves his children Michael Cataldo of Boston, Lisa Marie Brown of Boston, Mirella Flores of Revere, Anthony P. Martinez of Chelsea, Brenda Melanie Brown of Revere, and John Michael Brown, Jr. of Lynn. He also leaves his sisters Nancy Vega-Cardona of Lynn and Kathleen Torres and her husband Eddy “Juan” Torres of Lynn, his two grandsons, and several nieces and nephews. He was the brother of the late Gloria Mondou, Harold Brown, Patricia Pizarro and Michael Brown. A Visitation will be held on Monday, August 8th from 9AM to 10AM in the Cuffe-McGinn Funeral Home 157 Maple Street, Lynn, followed by a Graveside Service in Pine Grove Cemetery, Lynn at 10:30AM. In lieu of flowers, the family asks for donations to GoFundMe using this link: https://www.gofundme.com/f/nc9yz-funeral-experiences?utm_source=facebook
See more See Less

In Memory Of John "Johnny" Brown