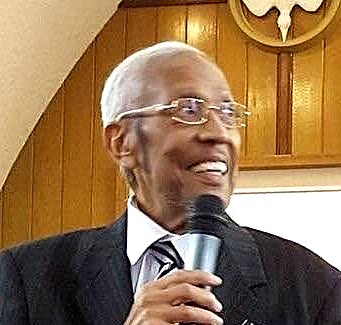 Rev. Dr. Matias Gonzalez Regalado – Lynn Age 67 of Lynn, passed away peacefully on Friday, January 6, 2017 at Beverly Hospital, with his family by his bedside. He was born on February 28, 1949 in San Francisco de Macoris, DR the son of the late, Manuel and Marcela (Regalado) Gonzalez. Dr. Matis Gonzalez Regalado was the Senior Pastor at Congregacion Candelero de Dios in Lynn, for over 40 years. As a minister of the Gospel, Dr. Matias exemplified Christian values and faith. His pastoral leadership demonstrated love, care and restoration to everyone who was in need. He always had something special to say and went above and beyond to extend a helping hand. As an ordained minister for the Free Methodist Church, his leadership was profound. He served in many leadership capacities, including Asst. Superintendent and District Leader of New England for many years. He established a strong organization among Hispanic ministers in the region. He taught and prepared many Pastors in leadership and paved the way for their ordination. Many of those individuals are now serving in various ministry capacities. He has been an influential leader within the Free Methodist Church USA, while serving as President of the Latin Network (La Red Latina), just retiring in September 2016. Dr. Matias published the book, La divinidad de Jesus. He also served on many boards and community organizations, including COPAHNI (Confraternidad de Pastores Hispanos de Nueva Inglaterra), UMIHNS (Unidad Ministerial Hispana del North Shore), ECCO (Essex County Community Organization) in Lynn, and was actively involved with the City of Lynn (City Council, Lynn Police Department, School Board) and its surrounding areas. Dr. Matias will be dearly missed by the countless people he has greatly touched. His legacy will live on in the many he ministered to. Even to his last breath, he proclaimed the hope that we have in Jesus, and he now rests in the arms of the One who brought him hope. He is survived by his wife, Lourdes (Mendez) Gonzalez of Lynn, his daughter, Raisa Fabre and her husband, Lewin of Dracut, his son, Joel Gonzalez of Lynn, his siblings; Melba, Ramona and Jedalia Gonzalez of Lawrence, Aura Gonzales of Florida, Elijah Gonzales and wife, Olga of Lawrence, Nicolas Gonzalez and wife, Noris of Lawrence and Fidel Gonzales of Lawrence. His grandchildren; Elise Gonzalez, Samantha Fabre, Jeremy Fabre and Justin Fabre, as well as many beloved nieces and nephews, also survive him. Calling hours are Friday, January 13, 2017 from 3-9 PM at Congregacion Candelero de Dios, 216 Lynnfield Street, Lynn, MA 01904. There will be Celebration of Life Services at 5 & 7 PM. Funeral services will be held on Saturday, January 14, 2017 from 10 - 11 AM at the church. A graveside service will follow in Pine Grove Cemetery on Boston Street in Lynn at 11:30 AM. Donations may be made to: Candelero de Dios General Fund, 216 Lynnfield Street, Lynn, MA 01904. Flowers should be sent directly to the church. Arrangements are entrusted to Cuffe-McGinn Funeral Home, 157 Maple Street in Lynn.
See more See Less