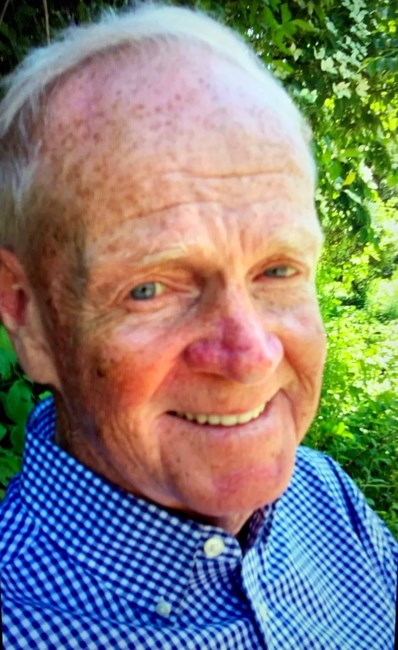 Philip L. Callahan, age 83 of Lynn, passed away on Monday, January 23, 2023. He was the beloved husband of Judith Lewin-Callahan, with whom he shared 39 years of marriage. Born in Lynn to the late Alfred and Helen (Mahoney) Callahan, he was one of eleven brothers and sisters. He graduated from St. Mary’s Boys High School. He went on to become a brick layer, joining his brothers Jack and Butch in the building trades. Later, he worked as a Clerk of the Works and as an Architect’s Representative for many prestigious firms throughout the Boston area. After retiring from his construction career, he worked as a Swampscott crossing guard where he enjoyed greeting the students and their parents each day. He was a long-standing member of the Ancient Order of Hibernians. He was a voracious reader, and especially loved a good mystery. Spending time on his balcony overlooking the ocean was one of his favorite pastimes. Philip is survived by his devoted wife Judith, along with many nieces and nephews. He will be greatly missed by Craig and Alexandra Lewin, Jamie, Brian and Miles Cotter, and Richard and Brenda Lewin. In addition to his parents, Philip is predeceased by his sisters Helen Courtney, Bette LeBlanc, Louise Jenkins, Carol McCormack, Barbara Giarle and Judith Brunner and his brothers Alfred (Jack), Daniel, Robert (Butch) and David. Friends and family are kindly invited to attend Philip’s visitation on Thursday, January 26, 2023 from 4:00 to 7:00 PM at the Cuffe-McGinn Funeral Home, 157 Maple Street, Lynn. His funeral will be held on Friday, January 27, 2023 at 9:30 AM at Cuffe McGinn Funeral Home followed by a Funeral Mass at 10:30 AM at St. Mary’s Church, 8 South Common Street, Lynn. Burial will be held in St. Mary’s Cemetery, Lynn. Donations may be made in Philip’s memory to the Friendship Circle 6892 West Maple Road, West Bloomfield Township, MI 48322 or the charity of your choice.
See more See Less

In Memory Of Philip L. Callahan