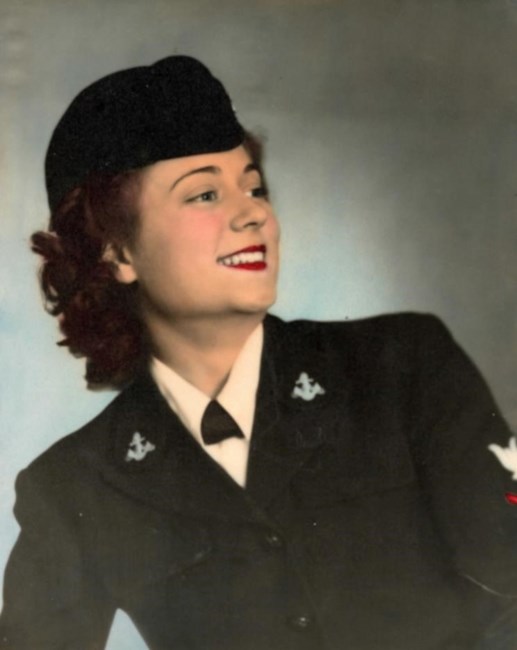 Elouise Margarette (Carle) Nix Longtime Renton resident (60 years), Elouise Margarette (Carle) Nix died Tuesday, March 15, 2022, at 7:10 PM in Renton, WA. She was 96 years old. Elouise was born July 4, 1925 in West Seattle to Vera and Domenick Carle. She was descended from the Andresen (granddaughter of) and Sutter pioneer families of Bainbridge Island. Elouise attended Jefferson Grade School, James Madison Middle School, and West Seattle High School. She grew up in the family businesses, Carle’s Furs and Pacific Dye Works. After high school, she served in the Waves (Navy) during WWII and trained as a nurse. She had mastoid in the ear which made her very sick and interfered with her training. She was in New York when it was announced that the war was over. Instead of celebrating in Times Square, she chose to go back to sleep. Elouise received part of her grandparents’ Bainbridge homestead from her mother. It was located along Tolo Road. She put a cabin on the property but never stayed at it herself. Instead she let relatives use it. She kept the property for many years until deciding to sell it to help her immediate family. After the Waves, she worked in various jobs. On July 13, 1947, she married Earl Garfield Nix at the West Seattle Christian Church. She became a homemaker and raised 4 children. She did a lot to help her kids. She walked them to school, volunteered on field trips, helped with homework, and made cookies after school. Her home was filled with musical instruments. These included a piano, organ, mandolins, guitar, cello, violins, and an accordion. Her kids were able to try all these. Music and singing often filled the house. Her hobbies included oil painting, drawing, spinning wool, knitting, baking bread and desserts, making pasta, gardening, singing, playing mandolin and guitar, and genealogy. She won many awards in various art shows. After raising her kids, Elouise attended Highline Community College to take art classes. Through the years she took some art, mandolin, and guitar lessons. She was mainly a self-taught artist and musician. Elouise routinely visited the graveside of close and distant relatives. She brought flowers and said that no one should be forgotten. There were many cemeteries that she visited with her kids alongside her each year. Elouise was mentally sharp. She was an encyclopedia of family history and could fill volumes with her knowledge. She is survived by 4 children, 5 grandchildren, a niece, a nephew, and others. Her passing leaves a hole in our hearts.
See more See Less