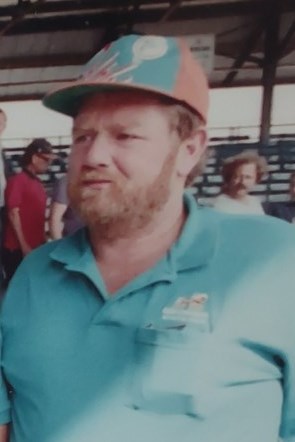 Edmund Charles Inman, Jr., 69, passed away on Thursday, July 28, 2022. A memorial service will be held at a later date. In lieu of flowers, donations may be made to Wesley Glen Ministries, Inc., 4580 N. Mumford Road, Macon GA 31210. Edmund was born in Waycross, Georgia to Helen Henderson Inman and the late Edmund Charles Inman, Sr. He was preceded in death by an infant son, Joshua Edmund Inman and brother, Christopher Joseph Inman. Edmund was a graduate of Central High School class of 1971. He was a member of Wesleyan Drive Baptist Church. He was an over the road truck driver, traveling forty-eight states and Canada. His wife’s family owned the carnival, Amusements of America where he was employed for many years. He built his own concession business, where he and his family traveled together until the children reached school ages. Edmund went back to driving trucks and traveled the forty-eight states and Canada and retired from C and A Transport. Edmund loved a good conversation among family and friends. He was a devoted and loving father, son, grandfather, and friend. He is survived by his children, Kacie Marissa (Todd) Mangler, Gregory Christopher Inman (Jessica), mother, Helen Inman, brother, Mike Inman, grandchildren, Marissa Jolee Mangler, Gianna Marie Mangler, Charlotte Skye Mangler, Jordan Lynn Inman, Lillian “Lily” Adele Inman, former wife and best friend, Adrienne Vivona Inman. Visit www.maconmp.com to express condolences. Macon Memorial Park Funeral Home has charge of the arrangements.
See more See Less

In Memory Of Edmund C. Inman