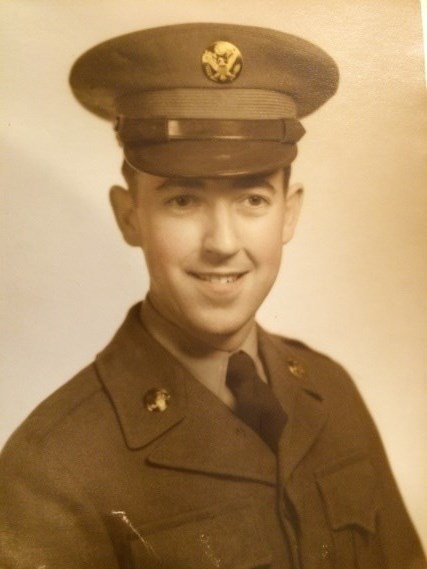 George Francis Toomey, Jr. (7/29/1926 – 2/26/2016) passed away peacefully at home surrounded by his beloved family at the age of 89. George, also affectionately known as “Papa”, is survived by his loving wife of 58 years, Merlene Evelyn Toomey, his sons George F. Toomey, III and his wife Sharon of Beverly, MA and Richard J. Toomey and his wife Diane of Danvers, MA. He is also survived by his three cherished grandchildren; Richard J. Toomey, II of Methuen, MA, Alycia M. Toomey and Alex M. Toomey of Beverly, MA. George served in the Korean War at which time he received an honorable discharge. He then returned home and met the love of his life, Merlene, with whom he married and started a family. Together they worked tirelessly to move out of the city of Chelsea, MA and purchase their home in the then brand new Woodvale area of Danvers where they’ve resided since 1961. Together they created countless memories of hosting pool parties and social gatherings with their friends and family members for decades. In his earlier years George worked as an Apprentice Pressman making children’s schoolbooks until he sustained an occupational altering injury. He then worked as a Custodian at Analog Devices in Wilmington, MA until his retirement. George was referred to as a “simpleton” and a “minimalist” by those who knew him well. He had a strategic approach to his actions such as playing match maker and ultimately hand picking his future daughters-in-law for his sons unaware of his scheme at the time. George lived a modest lifestyle and was content with activities such as maintaining his home, relaxing in the yard, chatting with neighbors, going for scenic drives, playing pool, watching Red Sox games, and spending time with his family. George always made himself available to give rides, babysit the grandchildren and help his sons with their home projects. Making memories and living a meaningful life was important to George. He and Merlene enjoyed going on cruises almost every year until the time he could no longer endure the hectic pace of travel. “Papa” thoroughly enjoyed being a grandfather and was an active participant in his grandchildren’s lives. He loved to play with them, read them stories, tease them, watch their excitement on birthdays and holidays, attend their school and sports events, and then experience each of them grow up to be exemplary, successful young adults. The hundreds of family photos tell the story of the legacy of a man who had a full life of longevity. Friends and neighbors are invited to attend a memorial service in celebration of George’s life at the Middleton Congregational Church, 66 Maple Street (Rte. 62), Middleton, MA on Saturday, March 5, 2016 at 10:00AM followed by a continental breakfast. In lieu of flowers, donations may be made to Care Dimensions, 75 Sylvan Street, Suite B-102, Danvers, MA 01923 or online donations at www.CareDimensions.org. Arrangements under the care of Eustis & Cornell Funeral Home,142 Elm St. Marblehead.

In Memory Of George F. Toomey