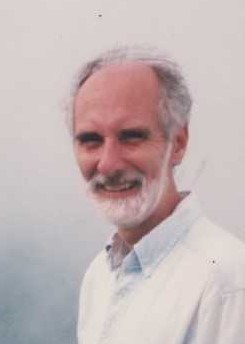 James “Jim” Tobin, 76, of Martinsville, passed away on July 12, 2022 at home. He was born November 6, 1945 in Pittsburgh, PA to the late Paul Edward Tobin and the late Regina Yahner Tobin. Jim was preceded in death by his brothers Paul and John. He is survived by his wife, Theresa; daughters Caren (Darren Aaron), Maureen (Paul Clausen), Christine; three grandchildren Aricin Clausen, Theo Clausen, and Noah Aaron. Also surviving are his sister Barbara and her husband Leroy, sisters-in-law Jane and Paula, and numerous nieces and nephews. Jim was known in the community for his many years with Piedmont Community Services Board. As director, he worked to expand services and access to resources in the region. He believed that everyone deserved respect and opportunities to live full, healthy lives. He worked for many years to see the area’s first drug court become a reality. He sat on numerous boards (including the Harvest Foundation, Citizens against Family Violence, WeCare, Substance Abuse Advisory Council, and Western Piedmont Better Housing Coalition) and volunteered with the Virginia Museum of Natural History and Dan River Basin Association. Jim loved gardening, hiking, and kayaking and often came back with rocks from his trips. He enjoyed learning and took classes to be a naturalist, attended workshops on meditation and mindfulness, and read widely. He took to heart Mary Oliver’s instructions for living: “Pay attention. Be astonished. Tell about it.” He watched sunrises, listened for bird songs, loved to tell people about new ideas he read, mailed poems to his family, found the joy in simple things, and worshipped in the chapel of the forest. Jim liked to take “short cuts” on back roads. He pulled the car over to move turtles out of the road. He carried a bag with him when he walked the dogs to pick up trash in the park and carried cans home to recycle. He liked mom-and-pop restaurants that made their own pies. He worried about the butterfly and bee populations. He liked maps and kept a huge file folder with maps of everywhere he went. He was in awe of the redwoods. Inevitably, his eyes were closed in photographs. He liked to plan adventures, like driving across the country, visiting Death Valley, and hearing the Dalai Lama speak. He enthusiastically listened to John Prine, Willie Nelson, and Leonard Cohen. A memorial mass will be held Wednesday, July 20, 2022 at 12:00 at St. Joseph’s Church with a one hour visitation prior to the service. Interment will follow at Oakwood Cemetery. In lieu of flowers, donations can be sent to the Dan River Basin Association, 413 Church Street, Suite 401, Eden NC 27288, 336-627-6270, https://www.danriver.org/form/donate or Virginia Museum of Natural History, 21 Starling Avenue, Martinsville, VA 24112, https://www.vmnh.net/support-vmnh/discovery-fund. “Suffering is only intolerable when nobody cares. One continually sees that faith in God and his care is made infinitely easier by faith in someone who has shown kindness and sympathy”. By Cicely Saunders, founder of hospice. Arrangements are by McKee-Stone Funeral Home-Martinsville, VA
See more See Less

In Memory Of James M Tobin