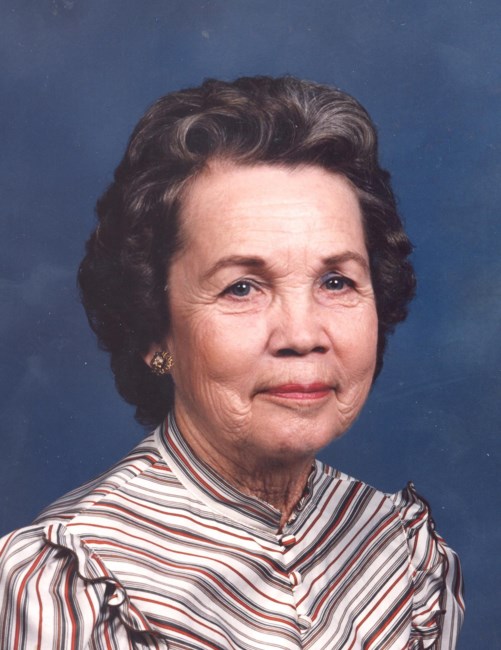 Louise Gravely Young, 94, of Martinsville, passed away Sunday, April 2, 2017 at her residence. She was born in Henry County (Mountain Valley), February 16, 1923 to Jabez Leftridge Gravely and Lula Stanley Gravely. She retired from A & P Grocery where she worked as a cashier. She also assisted her husband in his restaurant. Louise was of the Baptist faith. In addition to her parents, she was preceded in death by her husband, Haley Young; her step-father, Harry M. Taylor; four sisters, Noreen Davis, Patty Eanes, Frances Lawrence and Nancy Gauldin and two brothers, Stanley and Elmo Gravely. Surviving are two sisters, Clara Spencer of Fayetteville, Ark. and Mary Ruth Cox of Martinsville; one brother, Jimmie C. Taylor of Martinsville and a special friend and caregiver, Elsie Brim. A graveside service will be held Wednesday, April 5, 2017 at 11:00 a.m. at Roselawn Burial Park with Chaplain Jeff Rhea officiating. Memorial donations may be made to Mountain Valley Hospice, 730 E. Church Street, #13, Mart. VA 24112 Arrangements are by Collins-McKee-Stone Funeral Home-Martinsville, VA To express condolences online, please visit www.collinsmckeestonemartinsville.com
See more See Less

In Memory Of Louise G. Young