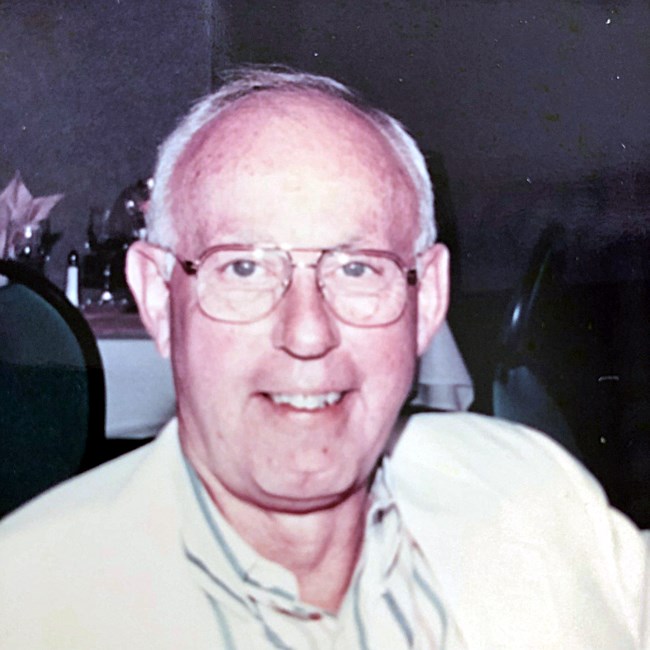 On May 04, 2022, our beloved husband, father, grandfather, uncle, mentor and friend to many, Robert “Bob” Henry Davidson (89) passed away at “The Haven” assisted living community in Charlotte, NC. He is survived by his wife of 67 years, Shirley S. Davidson, and their three sons and families, Robert (Bob) and Diana Davidson and children, Robert (Curt) and Natalie, Dwight and Terry Davidson and children, Eric and Zachary, and Scott and Camylle Davidson. Bob, “Skip”, or “Kip” as he was known growing up, was born in Coraopolis, PA in 1933 spending all of his formative years in the same house his dad, Robert Cooper Davidson was raised. He graduated from Coraopolis High School in 1951 having excelled in basketball and track. He entered Washington and Lee college, making the basketball team, but left after one year, deciding instead to enter the Marine Corps., where he served for 5 years. It was during this time that he met his wife to be, Shirley Sneed. As we, his sons, understand the story, Dad, along with a few other Marine buddies, snuck out one night in the trunk of a car to attend a local party. It was there he met Mom, and romance blossomed. On their first big date they went to dinner and took in a movie. While at dinner, Dad discovered he did not have enough money to pay the bill, so he went and found the restaurant manager and convinced him to take his watch as collateral until he got paid the next week. Somehow that worked, as he got the watch back and the girl as well! They were married in 1955 and enjoyed a long and happy 67 years. Dad was always determined to finish his education; so, he and mom worked together to see that through while raising us. He graduated from Ohio State University in 1965 with a degree in Mechanical Engineering. Shortly thereafter, he accepted a position with Martin Marietta, and we were off on an adventure in a 1960 Rambler station wagon (without air-conditioning) towing his new 1965 Mustang (spawning our passion of sports cars and drag racing) from Columbus, OH to the heat and humidity of Winter Park, Florida. For the next 18 years, he and mom raised their family, while he worked his way up at Martin Marietta. During this time, he had the opportunity to work on some very interesting programs, including the Sprint Missile System and the SAM-D System (Surface to Air Missile Defense – early development of what became Patriot). In 1985 with their 3 sons developing lives of their own, Dad and Mom took the opportunity to relocate within Martin Marietta to Baltimore, MD. At this point his career was moving more toward senior management, becoming a director, within manufacturing for various programs, including VLS (Vertical Launch Systems). His last assignment before retiring was as a member of the transition team that helped guide the merger of Lockheed and Martin Marietta, to become Lockheed Martin. Bob and Shirley retired in 1996 and moved to Jacksonville, FL where they enjoyed the weather and playing golf until moving to Charlotte in 2017 to be closer to family. While in Jacksonville, Mom and Dad also went on numerous cruises, enjoyed an annual excursion to Sanibel Island, and traveled to Atlantic City, Biloxi, and Las Vegas to take in the shows and recreational gaming. A lifelong Jacksonville Jaguars fan, even after moving to Charlotte, we shared many painful Sunday afternoons rooting for the boys in black and teal, while debating football greatness, or lack thereof, between the Bucs (Tampa Bay) and the Jags. The inside family joke was the wearing of a pink tu-tu at the next reunion by a family member of the NFL team with the worst record at the end of the year. Needless to say, the tu-tu was equaling donned by sons and dad given our allegiances back in the day. Dad, we miss you dearly, but will always be bolstered by your love for us, your guidance through the years, your friendship as we all got older, and most importantly - your big heart. Bob, Dwight, and Scott A joyous “celebration of life” for our father will be scheduled at a future date. The family greatly appreciates your thoughts and well wishes at this time. For those who wish to contribute in some way, the family kindly asks that you consider a donation to the Alzheimer’s Association. Fond memories and expressions of sympathy may be shared at www.mcewenminthillchapel.com.
See more See Less

In Memory Of Robert Henry Davidson