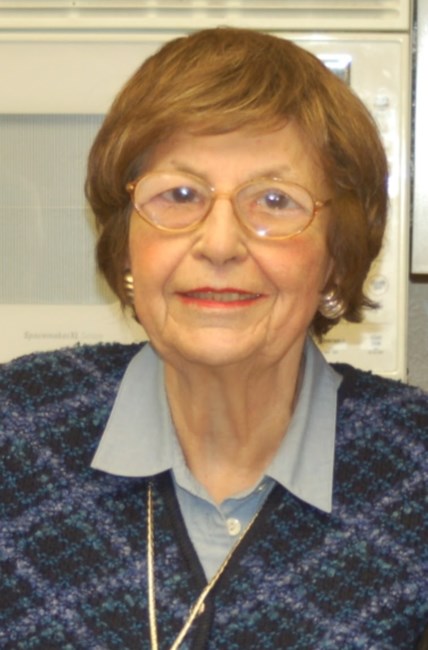 Hana Irene Klinenberg, 97, passed away peacefully on the morning of July 26, 2022 in a Board and Care facility in Woodland Hills, California. She was born on July 5, 1925 to Margaret and Emil Schaffer in the small town of Teplice, just outside of Prague, Czechoslovakia. Hana was a Holocaust survivor and spent three years of her life in the concentration camp, Terezín. Once the war was over, she immigrated to America through Canada, staying first in New York before deciding to put down roots in Chicago. Hana married Norman Klinenberg on September 3, 1954 and they eventually grew into a family of four after having two sons, Michael and Randy. The family moved to Los Angeles in 1967, back to the Chicago area in 1971, and then returned to Los Angeles in 1978 and remained there ever since. Hana was an administrator for the Jewish Vocational Service from 1981 until she retired in 1993. The couple were avid square dancers and were very active with the clubs: Trail Dusters and Boots & Slippers. Hana and Norman settled in West Hills, the west side of the San Fernando Valley, in 1981, where they lived until Norman passed in 2017. Hana moved to a Board & Care facility in Woodland Hills, California that same year. Hana was a loving wife, mother, grandmother and great grandmother. She is survived by her two sons, Michael (Marla) and Randy (Rebecca); four grandchildren, Brent (Melanie), Brittany (Cody), Maya and Jakob; and two great grandsons, Nathan and Cameron. Hana is resting at Eden Memorial Park, in Mission Hills, California. Fond memories and expressions of sympathy may be shared at www.gromanedenmortuary.com for the Klinenberg family.
See more See Less

In Memory Of Hana Irene Klinenberg