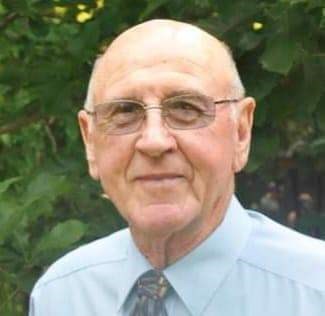 Tyler (TG) Cox Tyler (TG) Cox, age 88, a longtime resident of Pike Road, AL passed into the presence of his Lord and Savior on September 13th after an extended illness. Tyler was born on August 30, 1934 in Shorter, AL. He was married to the love of his life, Gyneth, for 64 years. He proudly served his country for four years in the U.S. Navy during the Korean War as a Petty Officer 2nd Class Machinist Mate. While serving, he saw 26 ports of call. During his last tour he was assigned to Boston, MA as foot patrol with the Boston PD. After his service, he began his Civil Service career as a Civil Engineer working at both Gunter AFB and Maxwell AFB in Montgomery until his retirement in 1989. Not being one to sit still, Tyler then kept busy by making one of his favorite pastimes his next profession with American Sport Fish in Pike Road, AL, where he worked until he became a caregiver for his wife. A long-time, faithful member and ordained Elder of Oak Park Presbyterian and then Covenant Presbyterian, Tyler had a strong and committed walk with God. He taught Sunday School for many years, led Worship services, and mentored young men as a way of life. Tyler was preceded in death by his wife, Gyneth; his parents, Goodwin and Bessie Cox of Shorter, AL; sisters, Eloise Woodard, Ruth Stanfield, Faye Jones; and brother, Harry Cox. He is survived by his sister, Grace Hill, of Federal Way, WA. He leaves behind four loving daughters, Karen Brennan of Helena, AL; Jill Smith (Mike) of Gardendale, AL; Stacie Baker (Keat) of Spring Hill, TN; and Debbie Cox of Pike Road, AL, as well as 13 grandchildren and 13 great-grandchildren whom he loved dearly and enjoyed spending time with. He is also survived by many nieces and nephews. Grandsons, Richard Brennan, Tyler Waters, Graham Baker, Jeremy Waters, Travis Baker, Ethan Waters, Wesley Baker, and Deke Smith will serve as pallbearers. The family would like to thank Keith Thompson, MD of the Montgomery Cancer Center, Carmelita DeJesus, MD, and Amedisys Hospice Care for their loving and compassionate care of Tyler. Visitation will be held at 2PM at Alabama Heritage Funeral Home, 10505 Atlanta Highway, Montgomery, AL, followed by a graveside service at 3PM Rev. William Joseph officiating. Flowers will be accepted or donations may be made to The American Cancer Society in memory of Tyler or any charity of your choosing. Arrangements are under the direction of Alabama Heritage Funeral Home.
See more See Less