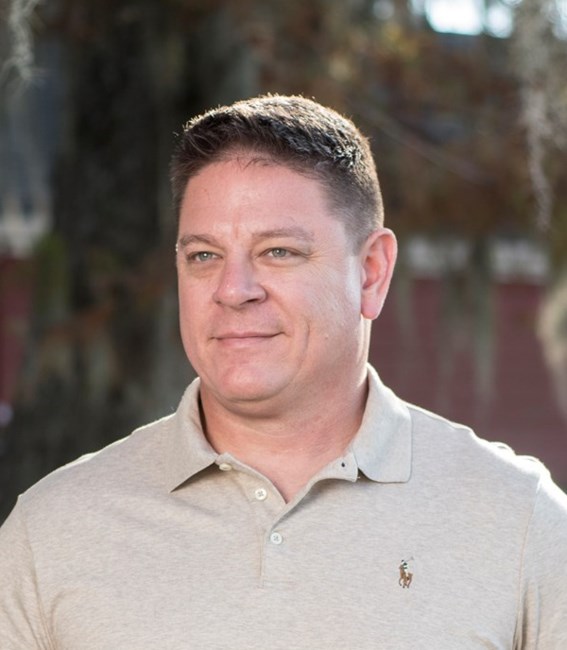 David Lee Duhon II passed peacefully at home Friday, April 8, 2022 after his brave battle against cancer. Family, friends and fellow officers of David are invited to attend the Visitation on Monday, April 11, 2022 at Hargrave Funeral Home from 9am-11am with Funeral Services immediately following. David was a full-time patrol officer for 9 years with the Berwick Police Department. Upon leaving the department in 2008, he continued to serve as a reserve officer. He traveled the world the past 14 years as an employee of the US Army Corps of Engineers where he served our country for 1 year in Afghanistan. David was a loving devoted husband, father, son, grandfather, brother and a true friend. He will always be remembered for his humor, wit, kindness, devotion and that sly smile. David was born in Morgan City, LA May 22, 1972. He loved everything South Louisiana Cajun; crawfish boils and spicy wings. David was true WHO DAT Saints fan. He loved rocking that Zydeco beat but most of all he loved his family, especially Kaitlyn, Addison and his friends. David is survived by his wife of 15 years, Stephanie Hebert Duhon and their daughter Addison; daughter Kaitlyn Duhon and her partner Mason Oubre; twin grandchildren, Ryder and Aurora Oubre; parents Karen Lopez and her spouse Chuco; David Duhon and spouse Brenda; sister Renee Landry and her spouse Martin; father and mother-in-law, Tim and Cindy Hebert. David is preceded in death by his maternal grandparents, Pete and Violet Markunas and paternal grandparents Loylis "T-Shoo" and Gloria Duhon. David was a true friend and inspiration and he touched many lives with positive energy and humor. "A sweet friendship refreshes the soul and awakens our heart" -Proverbs 27:9
See more See Less